After two and a half years of my blogging, it’s time to hand over the baton. If there’s anything I’ve learnt from Rocky, it’s that after six films it’s time to turn in the towel. Also, I’m no longer an undergraduate and so I can’t in good conscience write the undergraduate blog any more. I’ll still be at the University of Leicester, though — doing an MA and PhD in Victorian Studies — but when it comes to English blogging goodness I recommend you look to Viki, who has the field extremely well-covered. I’d very much like to thank anyone who’s stopped by during these two and a half years and kept us afloat.

I can only hope, and hope I shall, that anyone reading this account has been imbued with some degree of understanding regarding BA English, and the University of Leicester, and BA English at the University of Leicester; in addition, I hope that any prospective students who were at one point simply interested in taking a year abroad now are entirely convinced of its worth; moreover, that others may now share my firm belief that Turin or Torino is the superior city in the recently-unified country of Italy.

Much has chang’d since I began my Degree; not least the unhappy implementation of greater Fees, which may have the Negative Effect of preventing young scholars from pursuing said Degree in the Humanities — and in all Fields. Let us never forget that University should be a Door or Portal open to All Peoples, for to study what they will, and that a Degree that leaves one a Bachelor of our culture has Prodigious Value as does a Degree that leaves one a Natural Philosopher or Newtonian.

For ſtudying Literature’s a ualiant cauſe
To knowe what Menne and Womyn thoght in Days
That long have paſſ’d us by: to make us pauſe
And long to ponder howe to chaunge our Ways

Forget noght that the Whel of Fortune
Goeth rounde and rounde and doun,
And he that stoddeth highe
Ful lowe on the ground maye lye
So sayeth the Anciount Auctoritees 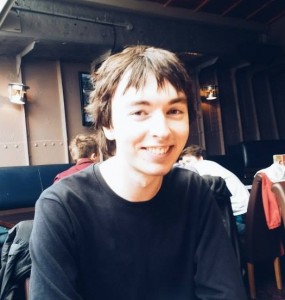