For me, the summer holidays are always associated with several things: ‘quality’ family time which from time to time may get a little strained, getting sun burnt despite emptying the contents of factor 50+ sun cream on to my body before leaving the house (oh the perils of being ginger), and going on holiday and having to make the very difficult decision concerning which books are going to make the journey with me. Whilst I’m studying I don’t tend to get that much reading for pleasure done because the English course can be quite demanding, so it’s always nice to relax back into my love of reading with a book which isn’t necessarily of the highest literary standard. I’m not saying that the classics aren’t good, just that when I always have my brain 20% focused on how exposed to the sun I am, I can’t also be concentrating on deciphering what Milton is trying to say in Paradise Lost. (Actually even with all of my concentration I’m not sure I’ll ever ‘get’ everything going on in Paradise Lost- English student confession).

I found this book abandoned when I was on holiday and did not really have high hopes, but I devoured it in a matter of hours because the writing is so good and the topic is so interesting. I’m not the only one to have found the book to have this effect, as it did help Eugenides win the Pullitzer Prize. The narrator is Callie, or Cal, who is intersex and raised as a woman but eventually decides to live as a man. He comes from a Greek family so there is some Greek history in there, and the book covers the history of Cal’s family through various important events in Greek and American history before coming back to focus on Cal’s life. The best way to describe it is probably as a Bildungsroman, but it touches several topics which aren’t written about very extensively in mainstream culture really, making it a rewarding and unexpected reading experience.

The Plot Against America- Philip Roth

Who is Philip Roth? This is what I asked myself when I ended up taking an entire class on him this semester. I’d honestly never heard of him before, but it turns out that he is a hugely popular, highly respected, much discussed Jewish-American author who has just retired from writing, who’d have known! The book that really made Roth famous was Portnoy’s Complaint, which came out in 1969 and was heavily criticized for its portrayal of a Jewish protagonist who spends a lot of his time masturbating- highly controversial when it came out. Background aside, The Plot Against America came out in 2004 and is set in World War 2. It re-imagines history to depict what might have happened to America, specifically American Jews, if America had had a fascist president rather than Roosevelt. It’s so interesting because Roth makes the imaginary events seem so real, and the fact that Roth uses a protagonist who is also Philip Roth and bases the family in the novel on his own family adds an extra layer of realism. 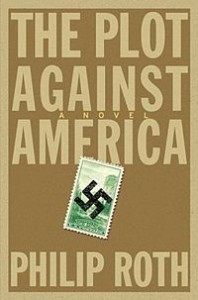 For some reason, I think probably due to its popularity, I was determined that I wouldn’t like this book. I didn’t think it would live up to its hype…but how wrong I was! This is now one of my all time favourite reads and I can’t recommend it enough. It’s both light-hearted and dark, the characters are lovable and detestable, and I couldn’t wait to see what would happen next. It’s set in the 1960s American South, and is told through the perspective of three women. Two of these are African-Americans, Aibileen and Minny, and the third is a white woman (Skeeter) whose family employs a lot of black workers and who wants to be a writer. Skeeter realises that black maids are treated very differently to white people by their white employers, and she decides that she wants to document this. All three women have to deal with various obstacles, as Skeeter and Aibileen develop a friendship which is lovely to read about. I won’t say any more because the plot is really something which unfolds and keeps you on tenterhooks, although you may know more from the screen adaptation. 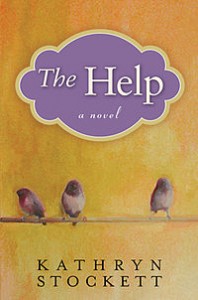 So there we go, happy reading 🙂