This morning I’m aching in muscles I didn’t even know I had, although it’s good to know they still exist, having gone for my first swim in a year yesterday. I used to be an alright swimmer but I gave it up competitively at 16 and now if I’m going to the pool it’s usually only for the jacuzzi… oops. However, I have made a resolution that as soon as I get back to Leicester I’m going to try and make swimming part of my lifestyle again. This got me thinking about the different opportunities for exercising there are in Leicester. I know before I went I was warned about the “freshers 13”, and it’s true that often people do add a little bit extra on in their first year. So I thought that in this post I’d talk about some of the things available at Leicester.

A lot of the student halls are in their own area in Oadby, which is a bus ride or a half hour walk from the university campus. If you’re there then luckily for you, there is a gym just down the road on Manor Road. You can find out about it here and although I never went because it was being built whilst I was in my first year, I’ve heard from various people that it’s fit for purpose and pretty good. There is also a swimming pool there, so if that’s your thing then you’re catered for.

There’s also a swimming pool for the general public which is up by Asda in Oadby, a 10/15 minute walk tops, so if you want to go for a dip but don’t want to bump into Leicester students, you could always go there- I did and it was pretty nice. It has the usual pool classes, so that’s an option.

And one more thing about Oadby- some of the houses there are beautiful. So if running is your thing, it’s a quiet and safe area to go for a run. Running is not my forte so I only managed a few runs in my first year, but it’s worth it just to ogle the houses and plan where you’d live if you had an endless supply of money. Or if you just want to go in a straight line, if you head down to London Road/ the A6 route then the road goes straight down to the university campus, where you could then circle Victoria Park if you wanted or head straight back as it’s a decent distance.

As Leicester students we are really lucky, because in my first year Leicester bought the gym and pool facilities next to the campus just by the college, and now we can use these facilities, and they are really good! The pool is only 20 metres instead of the usual 25 and all one depth, but it’s such a nice environment that it doesn’t matter. And it has a sauna, steam room and jacuzzi which is pretty cool. The gym is also really nice, a decent size, and well equipped. And the gym does plenty of classes which my friends have informed me are worth going to, so really we’re spoiled for choice.

(If you’re starting in October and you’re super keen now, you get a £2o discount on Gold gym membership until the 4th October- more information is here).

There’s also Victoria Park, which if you’ve visited the campus yet you will have seen is literally next to the campus. That’s the perfect place for running. 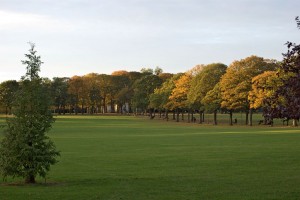 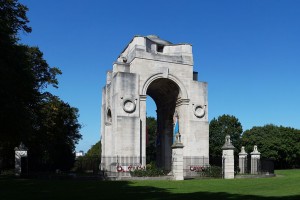 I would highly recommend joining a society because it’s such a good way of meeting people. At Leicester you have so much choice, which you’ll be able to see for yourself if you go to the Freshers fair, which is held at the start of term and has representatives from all the societies so that you can talk to them and maybe sign up. In my first year I had a go at surfing, which I’d never done before and absolutely loved, and I tried out dancing as well. If you’re interested, here is a list of the sports you have access to at Leicester.

So as you can see, there are plenty of ways to battle the ‘freshers 13’ 🙂