Posted by victoria in English on November 24, 2014

Good morning 🙂 As final year seems to be everything everyone warns you about- work, all the time- I thought that in this post I’d give you my perspective on who you get to study on the Romantic to Victorian module, because it seems we’re going over some household names, aaand also because I don’t think I’ve left the house except to go to the library for the last couple of weeks. So here’s who I’ve been looking at since term started:

Very religious, quite liked to draw pictures, talked about a “tiger” burning bright this one time…

Texts to look at: Songs of Innocence and Experience. 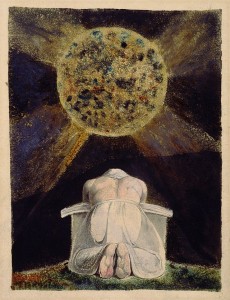 One of Blake’s paintings

Liked talking about poor people, himself, nature, himself, “the one life”, and… himself. Ran off to France just before the main events of the French Revolution and fathered a child, but ended his days as a Conservative, thus disappointing a few of his readers.

Texts to look at: Tintern Abbey, The Lyrical Ballads, possibly The Prelude but it’s a slog, don’t say I didn’t warn you. 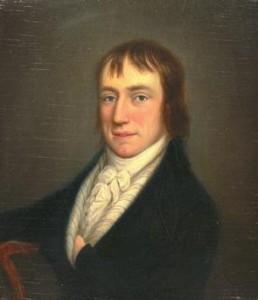 Wasn’t a fan of the options open to women at the time, had quite a hectic love life and at one point thought that asking a husband and wife if she could live with them because she fancied the husband would go down well with the wife- it did not, was the mother of Mary Shelley, also known as Frankenstein gal.

Texts to look at: Vindication of the Rights of Woman, The Wrongs of Woman. 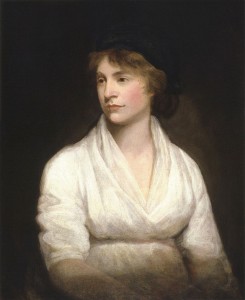 The more religious, angst-y, openly philosophical one of the Wordsworth and Coleridge coalition. A lot of his poems are really good but really weird. Possibly as a result of his opium addiction…

Texts to look at: Rime of the Ancient Mariner, Christabel… that’s probably enough to scare you off. 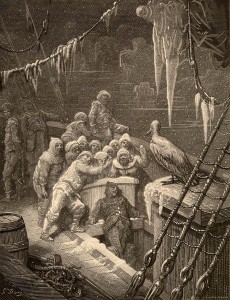 A scene from the Rime of the Ancient Mariner

Didn’t particularly like the government, did like Italy and Greece, thought that poets could be the saviours of society, also had an unusual love life which involved Mary Shelley, ended up drowning and being cremated on a beach. 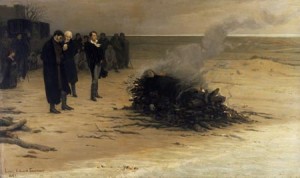 Considered to be great and probably would have been the best, except that he died young, which scuppered his chances somewhat.

Texts to look at: Various Odes. 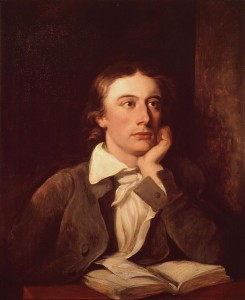 Keats being a handsome chap

Otherwise known as “Lord”, liked to sort of make up who he was and play around with what people thought of him, a kind of celebrity in his own life time, helped out in Greece when they were trying to gain independence from the Ottoman Empire, ended up dying there.

Texts to look at: He’s not actually studied for the exam, I think one of the lecturers just really wanted to talk about him. Don Juan is probably his most famous work. 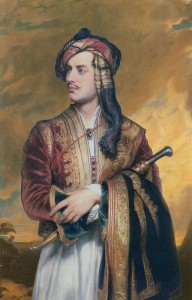 Lord Byron showing his penchant for having a fluid personality

Wrote a lot about the lives of women on tiny pieces of paper, didn’t really want anyone to draw her picture.

Texts to look at: Pride and Prejudice, Sense and Sensibility. 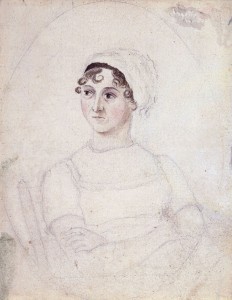 The only picture of Austen… as you can see, it’s a good’un

His friend died when he was young and Tennyson was so sad about it that he wrote a collection of poems that together make up a whole book, all about how sad he was.

Text to look at: In Memoriam. 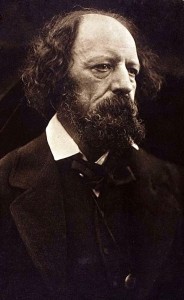 Tennyson- finally we move onto photographs!

Authors still to study: Christina Rossetti, Charles Dickens, George Eliot. Hope that was a sufficient introduction for you 🙂