Posted by victoria in English on February 7, 2015

So in my last post I went into quite a bit of detail about my experience of mental health problems. In this post I’m going to talk about my experience about the counselling service at the University and also the fact that I am now on anti depressants!

I think that another problem about the stigma surrounding mental health issues is that it doesn’t always get taken seriously. When I did end up at the doctors at home (in Manchester) throughout my teenage years, my low mood was put down to hormones, and my anxiety was written off as just part of my general character. Because of this, I’ve always been quite sceptical about talking to a doctor about what I’m feeling, as well as being sceptical towards the validity of my own feelings- which is clearly unhelpful! But having seen the doctor at home, I nervously decided to book an appointment at the doctors in Leicester.

Most students at the University of Leicester register with Victoria Park Health Centre, which recently moved location to a big new building that is much more, shall we say aesthetically pleasing, than the last building was. Now what’s really great about this health centre is that they are very on the ball with mental health issues. That means that rather than being doubted about my issues, they were validated. It was such a relief to have someone professional say that actually something was wrong, and that we were going to get it fixed. I was put on a trial with a type of anti-depressants, and pencilled in for a check up in a couple of weeks time. The health centre is also easy to get appointments at, because half of the appointments are only released on the morning of each day, so you can ring up to get a slot. Once registered you can also book appointments online, which has really helped me because of my slight (significant!) fear of talking on the phone. In order to check that some of my symptoms, such as tiredness, weren’t down to anything else, the doctor was also very prompt in getting me booked in for a blood test (to check things such as my thyroid and rule out other issues).

This is also something which isn’t always easy to get at the doctors, so it really helps having a mental health conscious surgery which is so aware of the specific issues that students face. Since the end of October I’ve been a regular visitor to the surgery, as we’ve been trying to get my balance of medication right, and I’ve always had a positive experience there. Although I’m not 100% right yet, I can already feel such a difference that all I can say is, if you are suffering from mental health problems, please talk to someone about it, and please look into getting help. It’s honestly, literally life-changing! 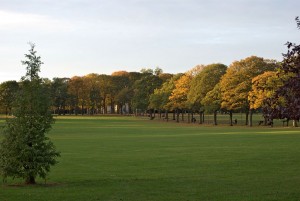 A Wikipedia special of Victoria Park to lighten the mood!

Along with medication, I also underwent a series of counselling sessions. This is something else I was sceptical about (probably due to conventional disparagement… more reason to talk and dispel the myth!) and something else I can say is really good at the University. All I had to do was drop an email to the counselling service, and within a couple of days I had an appointment for an assessment. The service is in quite a discreet building (not that it needs to be kept on the down-low, but you know, I don’t want to broadcast HELLO EVERYONE I AM GOING FOR A CHAT ABOUT MY FEELINGS to one and all every session!) and also has an admirably extensive selection of National Geographic magazines in the waiting room, an added bonus! But in all seriousness, everyone I’ve met there has been lovely and the whole process is as unintimidating as it could be. Although the service can only offer up to 6 sessions, because I was put on anti-depressants I was allowed more sessions to monitor my progress. I also had quite a lot of control over my sessions, so that in the end it was me who decided when my final session would be.

I found the counselling very helpful, although after my 7th session I began to think that we had reached the point where I needed to move on to something else, such as Cognitive Behavioural Therapy. As I’m in my final year and there is quite a long waiting list/ centres for further services are a bit of a distance without a car, I’ve decided to leave this method of help until I’m back at home and can settle into something more long-term. I was also impressed that on the counselling website there is a selection of guides etc. which are very comprehensive, so that you can direct yourself. There have also been group sessions put on which tackle various issues, although I don’t think they are running at the moment. For example, I was recommended to join a confidence building group workshop, which ultimately I decided not to because being open with people about my mental health is still a work in progress, but I think the group sessions sounded very good. I was also encouraged to tell my personal tutor, someone who I can talk to who is from the English department, which again I decided not to do, but the option is there. So yes, I’ve had a combination of medication and counselling to help me cope with my anxiety and depression, and I can say that the two have made such a positive difference.

View of the campus from Victoria Park as another little break!

However, I do have a couple of areas that I think need improvement. I think that the gap between the counselling service and further services is still quite wide, and that more help is needed. I also don’t think that there should be a limit on the amount of sessions offered to someone, as I think they should be allowed as many as possible. And I think the group sessions are a valuable service, so I think that more needs to be done to ensure that they are offered on a regular basis. But obviously for these issues to be addressed, more funding and more awareness is necessary. So I’m going to end by urging you to join in with the campaign, and take 5 minutes to talk to someone about mental health!

Just to make things easy, here is a list of the help available at the University: