“a global celebration of women’s achievements and advancement, being an official holiday in several countries.  The day was first observed at the start of the 1900’s, commencing with the march of 15,000 women through New York City in 1908, campaigning for better pay, the right to vote, and shorter working hours.” 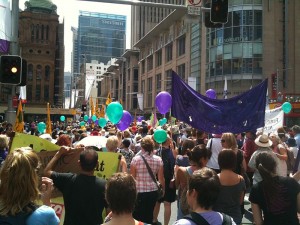 As a supporter of equality I am of course a supporter of this day, but I’m not here to get into a discussion about feminism this time round! I just thought I’d talk about the events that I’ve been to over the last week that the University have put on in support of the day.

If you are interested in finding out the complete listing of events that went on, you can find the list here. 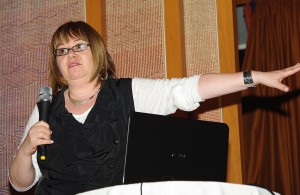 Unfortunately I couldn’t stay for the second part of the event, which was a discussion. I would have been really interested to hear what people had to say, because this is a pretty controversial topic, but watching the documentary definitely gave me food for thought!

The second event I went to was held by the English Department, and was a lecture given by Dr Emma Parker called ‘Whatever Happened to Feminist Fiction?’ Apart from anything else I got from the lecture, I got a pretty extensive list of books I want to add to my reading list! I’ll put some of the titles at the end, just in case you want to have a look as well.

One point I found fascinating was Dr Parker’s brief analysis of Helen Fielding’s Bridget Jones’s Diary. It was argued that the novel exposes the sort of ‘faux’ feminism that Bridget embodies. Bridget defines herself as being free and liberated through her economic independence. However, this economic independence allows her to shop, which enables her to support capitalism, but the fact that she spends the whole novel desperately searching for ‘Mr Right’ exposes the way she isn’t necessarily supporting feminism. It’s a great example of the way women can be simultaneously empowered and disempowered, and it stuck in my mind because I’d never considered an analysis of Bridget Jones before. 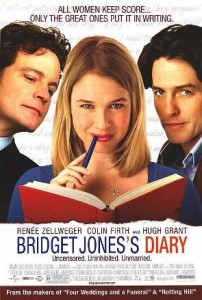 In the discussion after the lecture there was also an anecdote given by a member of the audience that I just thought was great. This person was a librarian, and said that they used to secretly intersperse books published by Virago, a feminist printing press, amongst the ‘popular’ books on display, and used to get a real sense of satisfaction whenever anyone decided to take out these Virago books!

So there we go, now you have an idea of what’s been going on at the university over the last week 🙂