Tomorrow is the last week of term before the Easter break, and I’m finding it hard to get my head around the fact that after the holidays I will only have two classes before all of the teaching for my degree is finished! I’ll still have exams and essay deadlines before I’m properly done, but that’s a fairly grim prospect so let’s not dwell on that… Being in final year is strange- I’m constantly reminding myself that this is my last year at Leicester and that I need to take it in and try and enjoy as much of it as possible, but at the same time final year is pretty intense so ‘taking it in’ seems to involve ‘it’ being the library most of the time! 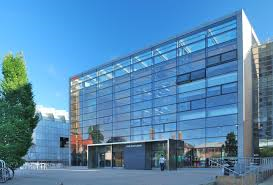 The library- a very familiar sight this year

Anyway, I am not the only one encouraging myself to do some reflecting on my time at Leicester. I’ve now had multiple emails encouraging me to complete the National Student Survey (NSS), which is a survey sent to all undergraduate finalists in England, Wales, and Northern Ireland, and generates a lot of data which is really helpful for ranking and comparing universities. I’ve completed the survey already (if you’re in final year and you complete it before the end of March you can enter a competition to win a graduation pack!), so in this post I’m just going to talk about the NSS and what it entails. You might want to also look at Alice’s post, as she has discussed the NSS as well.

What is the NSS?

So as I’ve said, it’s a survey sent to final year undergrads to find out what they thought of their university experience- there are usually almost half a million responses and the responses are anonymous. It was first launched in 2005, and it gives the students a voice which actually gets listened to. This is because the results are used to rank the universities, which is crucial for a university’s reputation. The results are also helpful for prospective students, and previous results can be found on the Unistats website. The results also influence current students who may benefit from changes made at the university in response to the results.

How does it work?

Students are initially emailed and asked to complete the survey, although if they don’t respond then they are usually chased up with a phone call to avoid non-participant bias. It can also be filled in by post. The survey consists of 23 questions which tend to involve statements with the multiple choice options of

There is also an open ended section, and individual universities can choose to add their own questions in too. These won’t be included in the NSS results but the university will take them on board. It only takes about 5 minutes to complete.

Why is it important to complete it?

As I said, (and as you’ll probably know having looked through universities when choosing to apply if you’re a student), the NSS generates rankings which embody the student voice, which can be a really important factor for prospective students. However, each university needs a minimum 50% response rate, otherwise the university is excluded from the rankings. This would be fairly dire for any university because it would negatively influence their rating if they weren’t included. I’ve had a good experience at Leicester, and this is reflected in my responses, and hopefully other students’ as well- then Leicester would get a good ranking, which reflects well on the university, which then reflects back on my degree!  But it’s really important that negative experiences are also documented, so that things can be changed, and as it’s anonymous you can respond however you want.

What kind of things are covered?

The subject areas covered are:

And as an example, here is the list of statements to comment on under the ‘teaching’ section:

I’ve already filled it in- why am I still getting emailed?!

I was worried about this, but it turns out my worrying was for nothing, because these are the probable reasons:

Where do I find out more?

To fill in the survey and for more information on the survey, head here

The survey can be completed up until 30th April, but for Leicester finalists the deadline for entering the chance to win a graduation pack is the end of March. (30 packs available including gown, photography and 4 guest tickets)

To see previous results, go to the Unistats website, which is here

I hope you found that useful, I’ll be writing again soon to talk about King Richard III and his departure from the university of Leicester!

One response to “National Student Survey”