As I mentioned in my last post, my next topic of conversation was going to be about Richard III. The awareness definitely seems to have gone up over the last week- when I told my Dad on Sunday that I’d been to watch Richard III’s coffin be put in a hearse for the start of a parade he had no idea what I was on about, whereas yesterday I got an excited text asking me whether I was in the Cathedral watching the reinterment (I wasn’t- I’m a lowly peasant obviously I was not invited into the Cathedral!) 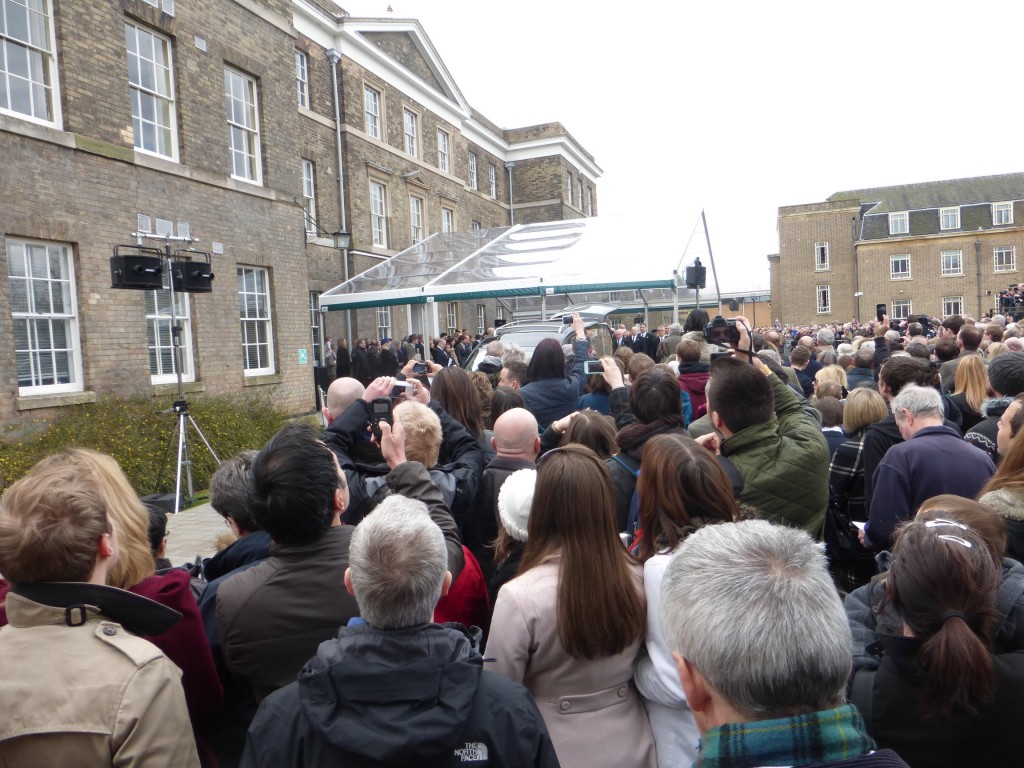 As Zara has explained, the University of Leicester was a huge part of finding the bones of King Richard III, and has been custodian of those bones until Sunday, when a coffin bearing the “mortal remains” was placed in a hearse, taken on a tour around areas of significance, and handed over to Leicester Cathedral. The bones were found in a Leicester car park in 2012, (how undignified!) and the whole thing was initiated by Phillipa Langley. She founded the ‘Looking for Richard’ project and approached the university for their assistance… her job satisfaction must be at an all time high right now!

I’ve found the whole thing really interesting and a little bit baffling! At first it was funny to walk past the Fielding Johnson building on campus and go “inside there are a King of England’s bones” because, well, it’s just strange to share a campus with a dead king! But the public response really took me by surprise. My friend went to see the coffin once it had arrived at the Cathedral but before the reinterment and had to wait THREE HOURS to get a glimpse- that would make sense when you look at the figures, which say that over 20,000 queued to see the coffin! And apparently around 35,000 people saw the procession on Sunday. 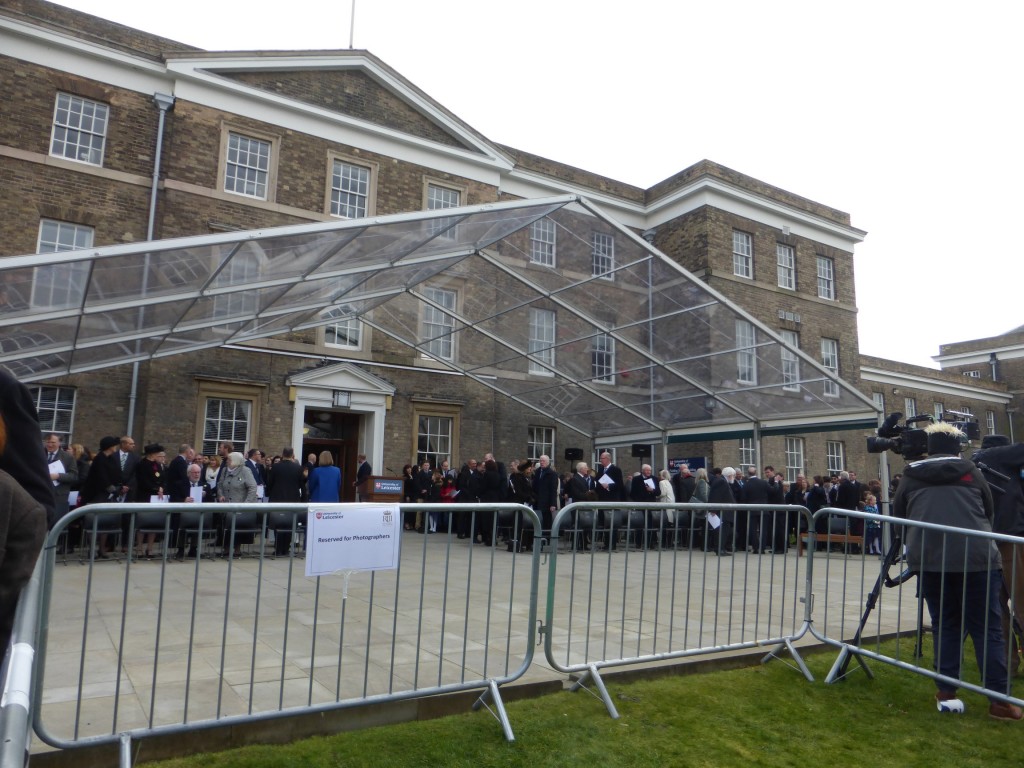 The Fielding Johnson Building- where it all started on Sunday!

I was part of the crowd that waited outside the Fielding Johnson building on campus on Sunday, and I was really amazed by the enthusiasm that was shown. My favourite aspect of this was seeing people eagerly climbing trees in order to get a better shot- although the grass outside the building is now definitely looking worse for wear! There was a stand for members of the media, which was cool, and I thought the ceremony was done really nicely. Crucial members involved in the finding of the remains placed a white rose each on the coffin, the Vice Chancellor of the university gave a speech, and some really nice words were read out. I have to confess that it did make me laugh, however, when the Chancellor drew attention to the fact that the bones were kept at the University for longer than the entirety of Richard III’s reign! Don’t get me wrong, I think that the whole celebration was nice, I just found the subject slightly baffling! 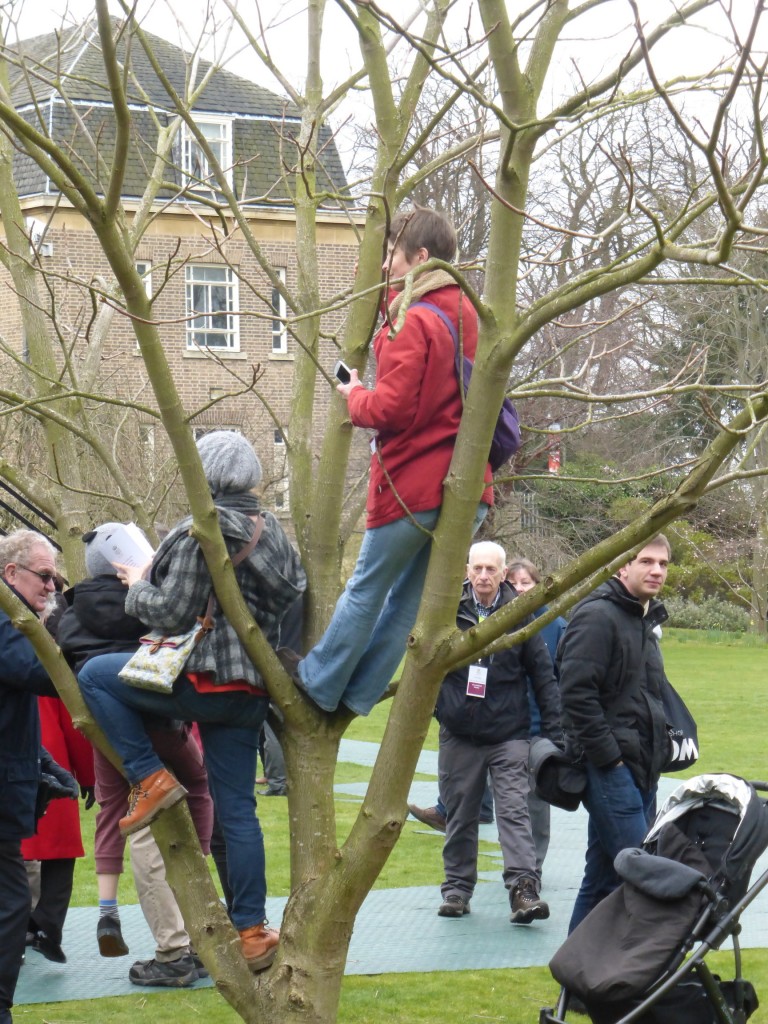 Climbing trees for a better view!

I always like to attach special significance to the ‘beginning’ and ‘ending’ of things, and for that reason I guess I can see the importance of Richard III. He was the last King of the Plantagenet dynasty (a family who ruled England from 1154-1485, or from Henry II to Richard III), and he was also the last English king to die in battle on home soil. And you know, it’s nice to be excited about a King I guess. But Richard III does also come with a bit of an unwholesome reputation (helped a huge amount by Shakespeare’s portrayal of him- the importance of literature strikes again!). He did have an insecure claim to the throne during the time, and then there’s the whole mystery of whatever happened to the Princes in the Tower… I think what I’m trying to say is that, for me, a week long celebration seemed a bit excessive. It also seemed overly performative- I mean really why on earth was Benedict Cumberbatch invited to read a poem?! “Second cousin 16 times removed”doesn’t quite cut it for me. 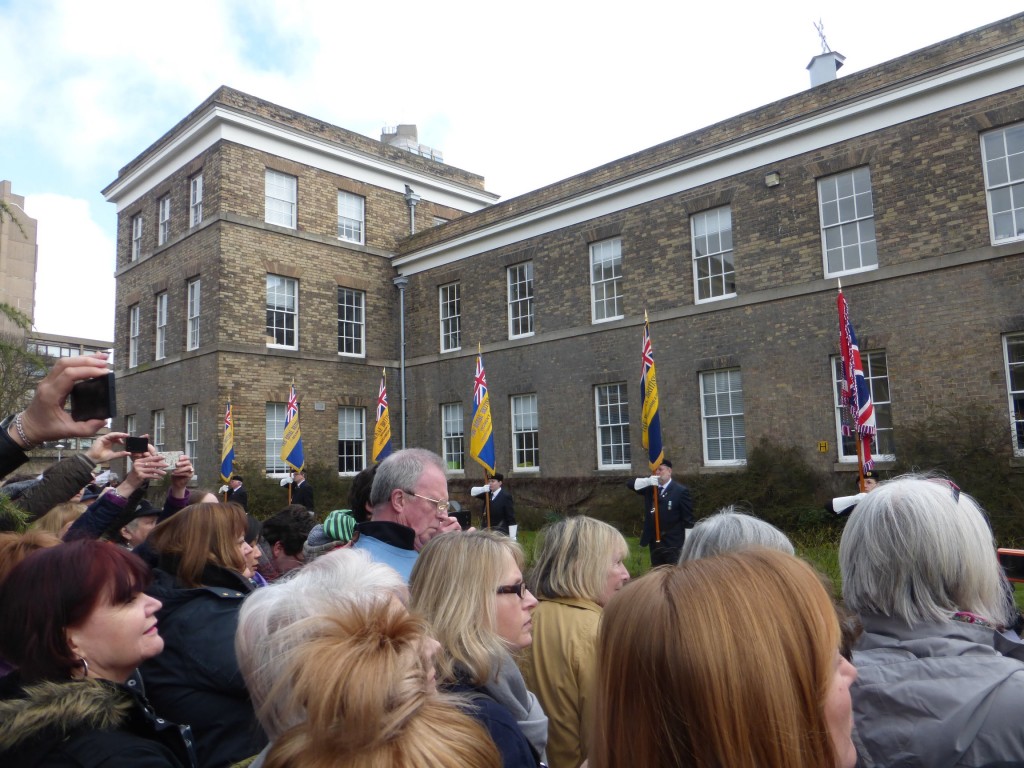 Waiting for the hearse to depart from campus… very regal

I’m not the Daily Mail’s biggest fan usually, but for some excellent photos of the event, click on this link

So for me the excitement hasn’t really been about the fact that these bones belong (probably…oooh controversial!) to a distant King of England. What I’ve really enjoyed is the way the event has brought communities together. Last weekend on my way to the library I saw scores of family on campus, as there was a whole Richard III themed day at the university. On Sunday I ended up jostling shoulders in the crowd with my next door neighbours- a nice chance for students and the general community to come together. And tonight the celebrations are culminating in a firework display from the cathedral roof, which is an event that the whole general public can enjoy. It’s also been great for the University to get worldwide recognition for the excellent research that it does. I think this was summed up by the email that I received today from the Vice Chancellor, which included:

This email is simply an opportunity for me to congratulate all those involved with the project – from the academic team to the external relations, estates teams, the Students’ Union and many others – for having managed the whole project in such a professional and sensitive way…Thanks to all for what will undoubtedly be a lasting legacy for the University.

I might not care as much as others about Richard III himself, but I definitely care about the reputation of the university, and the opportunities in the community, that have arisen from all of this. And that’s my take on it all! Feel free to let me know your opinions 🙂

One response to “King on Campus”