Hey! I am going to be brutally honest- I can’t speak for every final year English student, but from the many other students I’ve seen in the library, I can tell you that there isn’t all that much going on right now! Term finished around the end of March, and doesn’t start again until around the beginning of May, so theoretically that’s one huge holiday you’ve got right there. Except that with deadlines and exams being on the other side of the term break, I’ve actually not really stopped working yet! I didn’t even go home for Easter, (which was all well and good until I woke up to a house bereft of Easter eggs!), although I’m going to Wales for the weekend to see some of my family. Usually it isn’t quite like this, but because it’s the last bit of the degree aaand because I like to read every piece of secondary reading ever written on my topic before I can pull a plan together, that’s pretty much all I’ve been doing recently.

So I thought I’d give you an insight into the essay topic I’m working on at the moment, to give you a taste of what the course can be like. It’s an essay for the ‘Post-war to Postmodern’ module, which covers literature from 1945 up to the present. Personally I’ve found the literature generally enjoyable because I tend to like more contemporary texts. The texts I’m choosing to write about are The Passion of New Eve by Angela Carter and The Passion by Jeanette Winterson.

Depending on what A Level exam board you had, you might have come across Angela Carter before- I know I studied her collection of modified fairy tales, called The Bloody Chamber. Personally I’ve found her texts to be really interesting, particularly from  feminist perspective. A lot of her texts investigate the power relationship that exists between genders, and she also interrogates what ‘gender’ even is. This is definitely the case in The Passion of New Eve, as you might be able to tell from the biblical allusion of the title. To give you a very brief synopsis, it’s set in a kind of dystopian world where New York is collapsing into chaos, and it is told from the perspective of a man called Evelyn, who ends up undergoing surgery to become a woman without his consent. There’s a lot more to it than that, but I don’t want to ruin it for you! 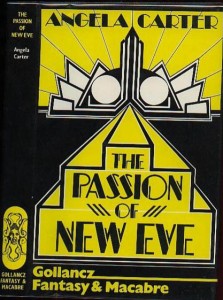 I am comparing this to Winterson’s novel, which I slightly prefer just because the world she creates is more alien than Carter’s. The Passion is set in Venice during the time of Napoleon, and Winterson mixes history with her fiction. It is told through a French boy called Henri, who starts off in Napoleon’s army, and a girl called Villanelle, who lives in Venice and was born with webbed feet- a trait only ever observed in men before. Their lives end up intersecting in unexpected ways and… I’d recommend reading it, it’s interesting! 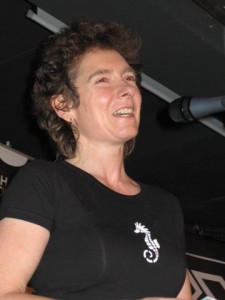 I’m using these texts to answer the question ‘In what ways, and to what extent, do the texts of the period challenge patriarchy?’

I have to be honest, I’m not quite sure how to answer the ‘to what extent’ aspect of this question, but I definitely know that the texts do challenge patriarchy! And that’s what I am spending all of my time doing, so that would be “a day in the life”! Try not to be too jealous… I’ll be back soon, I hope you’re enjoying the lovely weather we’ve been having 🙂