One of the reasons why I love studying contemporary literature is because quite often a connection to the authors and works are tangible- the author is still alive, or people are who know/knew the author, the works often talk about things that either you know about or can learn about through asking parents/grandparents, there are still obvious links to life as you live it, you know?

I’ve already mentioned my interest in Joe Orton in a previous blog post, but he’s going to be the topic of this blog again because I recently got to go on a trip to the British Film Institute (BFI) in London to see a rare screening of some of Orton’s works- some of which hadn’t been screened since they were originally shown on TV in the 60s! The university’s connection to Orton is strong; he spent his childhood in Leicester, and the university owns the Orton archive, where a lot of his original letters etc are held. He is taught on the English syllabus and Dr Emma Parker wrote the introduction to the 50th anniversary edition of Entertaining Mr Sloane. What this comes down to as a student is that there’s a lot of stuff going on with Orton and his works, and the English department are kept in the know. Which means that occasionally cool opportunities arise, like the possibility of going to a very exclusive screening of Orton’s works- a screening which Orton’s sister will be attending! 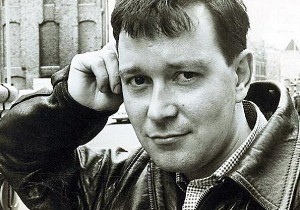 I potentially want to write my Masters thesis on Orton, so I thought this was an opportunity I couldn’t pass up. When Dr Parker sent round an email explaining the opportunity I asked if I could attend, she said yes, and it was as simple as that! I had to make my own way to the BFI, which I was a bit apprehensive about because I don’t know London and the underground scares me. But armed with a multitude of maps and with the help of several friendly individuals I managed to survive the trip and get myself to the BFI- mission accomplished.

The people at the screening were an interesting mix: the person who had put on the screening had known Orton personally; Orton’s sister was there and was very friendly; a few Orton enthusiasts had heard about the screening and come along; a very high up university professor (I think from Warwick) also made an appearance… basically I felt like a fish out of water, but at the same time it was a great opportunity! The screening was enjoyable and also very helpful, and at the end I had a drink with the man who organised the event and a few others- I felt like an absolute lemon because it was all way out of my comfort zone, but everyone was really nice and the day was just great!

I thought I’d tell you about my trip to the BFI to give you an example of some of the opportunities that may arise during your time as an English student here, and how if you show enthusiasm then even if you feel out of place you can end up in some pretty cool situations! So there we go 🙂