Hello everyone 🙂 It’s time for me to say goodbye- I’ve graduated from Leicester and I have a BA under my belt, so no more student blogging for me! (Probably). I will be staying on at Leicester studying an MA in Modern Literature and I found out last week that I’ve been awarded a scholarship […] 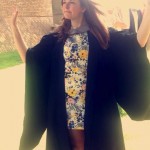 Hello everyone- I graduated! The whole end goal of my time at Leicester, and my entire education really, and I’ve done it! As you can tell from both the quick succession of exclamations and my triumphant pose, I’m  really happy to have completed my degree. Let me tell you about the day… My ceremony was […] 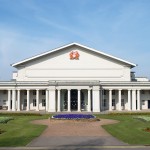 Well that’s it, I’ve left Leicester for the last time as an undergrad. I’m writing this from my room at home, surrounded by student debris and thinking how on earth is this going to fit in here properly?! Things that I learnt from leaving Leicester include: Saying bye can be really, really hard. You make […]

One of the reasons why I love studying contemporary literature is because quite often a connection to the authors and works are tangible- the author is still alive, or people are who know/knew the author, the works often talk about things that either you know about or can learn about through asking parents/grandparents, there are […] 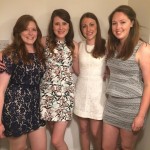 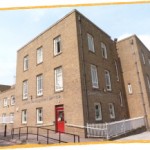 With my last ever university exam looming on Wednesday, I thought it might be time to discuss what on earth I’ll be doing when everything is over! I’m getting very nostalgic at the moment; I have to be honest, this is a really strange time with a lot of unexpected/conflicted/strange/sad feelings, although of course I’m […] 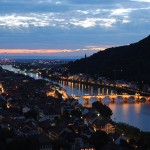 Most people seem to be in the thick of exams at the moment, me included, so I thought in this post I’d talk about happier days! I wanted to bring to your attention the fact that the English department offers the chance to go on a year abroad. I decided to go, so I spent […] 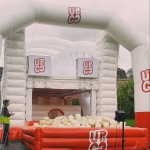 As you can see from the other blog posts, everyone is working hard preparing for exams and getting deadlines done at the moment. The library is packed and it’s not an uncommon sight to see someone staggering out of the library with a pile of 20+ books- me included. So yes, it’s not the most fun […] 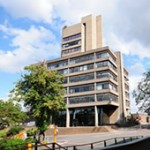