Film Society at Leicester: The Artist

Posted by Richard in English on October 9, 2013

I let it be known here from time to time that I’m Public Affairs Officer of Film Society, and as the first cinematic event of the year draws near I think a more up-to-date explanation of the society is in order. I hope you’re sitting comfortably. The spine of Film Society is the Weekly Screening, […] 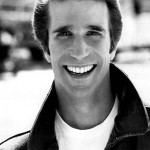 Jennifer wished you good luck, now I’m here to see how the dust has settled. The clear place to start is with congratulations to all those of you who are now going to university in the autumn. You’ve reached the top of the ladder and discovered the bottom of a newer, better ladder with platinum-coated […] 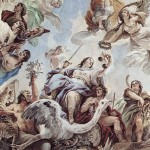 Opinion and Debate: All the President’s Men

Something I don’t mention that much is that I’m the Opinion and Debate Editor for the University’s online magazine, Tingo. I’m a casual kind of guy, writing articles of varying and often dubious relevance when the mood strikes me, but the most interesting thing my armchair journalism has opened up to me is LUDA, the […]

I could do the logical thing now and talk about the one module this semester that we’ve not covered yet but that’s just what they’ll be expecting. Instead I’ll take a break from our usual programming and talk about Film Society, of which I am in fact Public Affairs Officer. But that has nothing to […]

Semester’s End: Gone with the Wind

The second year doesn’t mess around. A semester has come, gone, and left me wondering if it wasn’t all just a very literary dream. The best kind of dream. I’m certain that I know more about Old English, Geoffrey Chaucer and the Renaissance than before, there’s no doubt there. But there’s more to it than […]

I’m Richard, and right now I’m knee-deep in the second year of a BA English-with-Year-Abroad course. I come from down south (-east England, Kent), and I’m the proud Public Affairs Officer of the university’s Film Society. In addition to appreciating films I enjoy writing creatively, which is why I’m studying English, as well as penning […]