What’s on for Leicester’s English students?

Leicester’s Literary Festival aims to bring the best of literature to Leicester for one week only. It’s a week which is jam packed with exciting workshops and performances from the writers of today. There is such a diverse range of events to offer, so, whether you’re just interested in literature or study it, it’s a great […] 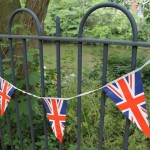 Summer by the Riverside

During my sojourn in Leicester, I have made an effort to see (and subsequently recommend) the principle attractions that this wonderful city has to offer. I have been to the Jewry Wall, the Botanic Gardens, Victoria Park, New Walk Museum and Leicester Cathedral. I have shopped at High Cross, taken in a film at Phoenix […]