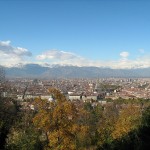 The truth is that Turin doesn’t have the same kind of name-recognition as the most famous Italian cities, despite its important status. It’s highly northern (Piedmont) and didn’t win as big in the Renaissance lottery as Florence, or Rome, say. And yet it’s a city with two major universities, heavily populated by Erasmus students, and […] 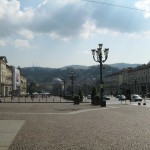 Observations of Turin: The English Patient

Posted by Richard in English on October 4, 2012

Two weeks’ experience isn’t really long enough to judge a country, so instead I’ll make ten observations regarding the city and the university. Fun facts for all. 1)      All the university buildings have names, i.e. ‘Palazzo Badini’, and street numbers, i.e. ‘10’, which create a false sense of security because you assume that these buildings […] 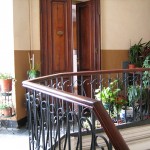 Early Erasmus Days: A Room with a View

Posted by Richard in English on September 26, 2012

The rolling streets, the diffusing sun, the boutiques panelled with nut-coloured wood, the bubbling coffee, the spewing fountains, the statues of heroes wearing fluttering capes and surrounded by swooning nymphs, the scuttling trams, the emerald Fiume Po, the rocky lemons, the towering gates, the smooth arches, the humourless palaces, the countless carts of books being […] 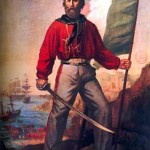 Posted by Richard in English on September 19, 2012

Just as my tea leaves foretold, this blog is about to become a Year Abroad blog. The post you’re reading now is the last one I’ll be making before I leave for Turin, and it’s important to note that I’m currently expecting to not have internet straight away. Sure, there’ll be internet cafes, Turin University […]