It’s the middle of december which means once again I say farewell to Leicester to go home for a month of relaxation in the festive season. But alas, this isn’t the case this year; the ever-looming presence of the Dissertation accompanied by January exams and submissions means that there is little time for said relaxation. But nevertheless, I will undoubtedly find the time to watch plenty of christmas films, as i’m sure many others will also be doing. So I thought it would be a good idea to compile a short list of christmas films that everyone should be watching this christmas.

1. Elf – It just wouldn’t quite feel like christmas without the annual viewing of the fantastic Will Ferrell comedy. Even though I’ve seen it hundreds of times it never ceases to produce a few laughs, cementing Ferrell as one of the great Hollywood comedians of the past fifteen years or so.

2. The Nightmare Before Christmas – Arguably Tim Burton’s finest film, this animated classic is a brilliant gothic twist on the traditional christmas tale. With quirky yet intricate animation, it’s the perfect choice for those with an aversion to the usually overtly schmaltzy santa stories that desperately try to present a ‘heart-warming tale’. 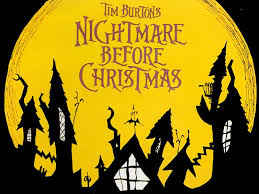 3. Home Alone – Don’t bother with any of the sequels, this film has all the charm, humor and great performances that no christmas classic should be without. It’s hard for anyone of our generation to forget about Home Alone due to its runaway success in the early nineties. Say what you want about Macaulay Culkin, but we all remember him from this film for a reason, as well as Joe pesci’s inherent talent for playing ridiculous villains. This is definitely one for all the family. 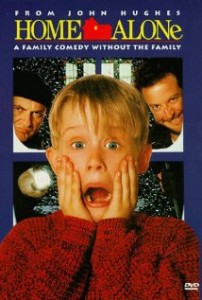 4. The Polar Express – I watched this once again the other day and despite its 2004 release, the use of CGI never ceases to impress. Although Tom Hanks can be quite irritatingly soppy in his choice of roles, he does a fantastic job of voicing pretty much every character. This is an animated film that screams christmas, yet providing a thoroughly enjoyable narrative with great visual flourishes. If you’re a blu-ray fanatic with a juggernaut TV then this film is a must watch whilst scoffing mince-pies by an open fire.

5. Die Hard – Twas the night before christmas, when all through the Nakatomi plaza, not a creature was stirring… apart from Bruce Willis gunning down a load of terrorists led by Alan Rickman’s ‘Hans Gruber’ possibly one of the best on-screen villains of all time. Granted, this is a film that not everyone would associate with the “season to be jolly” but I think Die Hard clearly has christmas credentials. 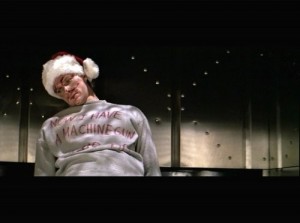 Who can forget the classic ‘Now I have a machine gun ho-ho-ho’ scene, where this terrorist looks like he’s had a few too many mulled wines. This is probably not family friendly, but in terms of action films, everything else seems pale in comparison. Watch this with your dad and uncle while the others begrudgingly sit in the dining room eating christmas pudding and drinking coffee.

So this was my list of favorites- I know i’ve missed a couple of obvious ones like ‘The Muppets Christmas Carol’, ‘The Grinch’ and ‘Love Actually’, all of which were contenders but just didn’t quite cut the mustard. Please feel free to comment on any that you think definitely deserve a mention – but if you’re a fan of  ‘The Santa Clause’, ‘Gremlins’ or Arnie’s ‘Jingle All The Way’ then i’m afraid your opinion isn’t valued. Sorry.