So This Is Christmas…

Posted by Harriet in Film Studies on December 7, 2016

It’s December! Hooray! Which means it’s basically Christmas! Double Hooray! And I don’t feel like we’d be marking the occasion properly if I didn’t do a good ‘ol fashioned list post on all my favourite things about the festive season. So here goes; these are my Christmas highlights!

The first thing on this list surely has to be the opening of the advent calendar, right? For me, this is how I know Christmas is in sight. Opening a door day by day, counting down the hours until you can eat the ever-so slightly bigger chocolate that sits behind door number 25 (if you even have a door number 25, the ones that don’t are positively barbaric in my opinion). Advent calendars are such a thing in our house that even the dog has one. You can never accuse us of leaving anyone out… 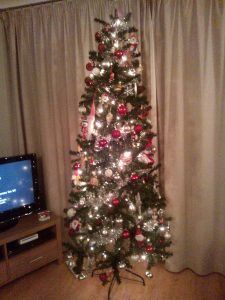 Of course, I have to mention Christmas films. I know most people go on about Home Alone and Elf, and don’t get me wrong, they’re both ace films, but its Jingle All the Way and Nativity that hold a special place in my heart. I think I saw Jingle All the Way for the first time when I was about seven, and ever since then, we’ve had to watch it at least ten times during the course of December. Yes, it’s cheesy, yes, it’s hilariously farcical, but that’s all anyone wants from a Christmas movie, right? And the same can definitely be said for Nativity. Martin Freeman not playing John Watson or a hobbit? It’s a yes from me. Plus, the soundtrack is so damn catchy, you’ll be singing it all year round.

And speaking of soundtracks… How great is Christmas music? The first Christmas song I heard this year was Fairytale of New York, on about November 20th, and I was in my element. Granted, no one knows any of the words except the chorus and the bit where they’re just singing abuse at each other, but it’s less about the actual song, more about what the song represents, aka, Christmas is imminent and you should get excited rather than huffing about how it’s only November. Lighten. Up. How anyone could possibly get aggravated with hearing Mariah Carey and Wizzard on the radio again, I do not know. It’s better than 90% of the chart music we have to put up with these days.

Okay, I know most people hate this part of Christmas, but I absolutely adore the shopping that comes with this holiday. Yes, I know it’s a pain attempting to get all your family and friends and, most importantly, your dog, nice presents within the extremely tight student budget we all have, but isn’t there something fun about going from shop to shop, seeing everything Christmas 2016 has to offer, and then buying yourself more presents than anyone else? No? Just me? Okay.

And finally, not to be soppy or anything, but the best thing about Christmas for me is when all the family come together. I come from a pretty close-knit family anyway, but it’s not very often that we all come together like we do at Christmas. Of course, there ends up being too many people in the kitchen, the dogs are causing a riot and of course there’s a few (good spirited) arguments, but isn’t that just what Christmas is? Organised chaos? And there isn’t anyone else I’d rather spend the day with. 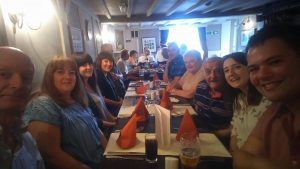