Posted by Charlotte D in Film Studies on January 29, 2019

I’m sure it’s not that hard to believe but until this past weekend I’ve never had a weekend away during term time at university…as of now I’m wondering why I never did it earlier, because it’s really given me a boost in motivation! 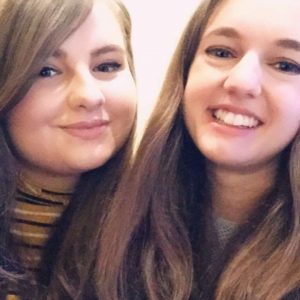 I spent the weekend up in Newcastle, which granted is a long way away from Leicester but it was well worth it. I had a mini Disney reunion with my fellow British flatmate Sarah, who studies up there. It was pretty, surreal and frankly a long time coming; last time we saw each other was on August 16th, and we’ve had this weekend planned since November. We had a couple of meals out, and I had a really good time getting to know her housemates, but the main event we planned, as such, was to go to Bongo’s Bingo. If you’re as clueless as I am it’s essentially a bingo night but with lots of music and dancing on the furniture…naturally at random intervals. It was so enjoyable, and honestly for someone who isn’t a fan of clubs, this was the perfect alternative!

However, I think the best part of this weekend, other than seeing someone who means the world to me, is that I got out of my uni bubble for a quick break. It was nice to have a couple of days which were completely my own, and equally the break wasn’t long enough that I got out of routine. I definitely think that if you can schedule your work around it, having a weekend to yourself once in a while can really help. I’m of course saying this in hindsight as I rarely take full weekends off (especially now I’m in my final year), but it really did help spur me on.

I guess this weekend has taught me the importance of taking more extended breaks once in a while…although I sincerely doubt many of my weekends in the coming semester could top this one.

Take Care Everyone, I’ll Speak to You All Soon!

Hey everyone! My name is Charlotte and I’m a final-year undergraduate student, studying Film Studies and the Visual Arts, and loving my time here at Leicester. When I’m not studying you’ll normally find me at the cinema, with my nose in a book, or maybe you’ll just hear me playing my saxophone from streets away! Expect lots of posts about my work and play, as well as my experiences in my role as an Equality and Diversity Champion, here in Leicester.