How to make the best out of a Visit Day

It is the time of year again when Visit Days regularly take place at the University – it’s been almost two years that I came to Leicester for the Visit Day. Wow. Anyway, a Visit Day can be very helpful in terms of deciding which university suits you best but only if you get the […] 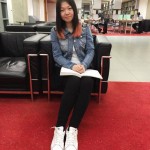 It is that time of year again

Essays are coming. I have two essays coming up in about two weeks and I am determined not to leave them for the last two days. Nevertheless I don’t want to start doing them too early either; I have tried it once and it didn’t really work out well, which is quite weird regarding the […] 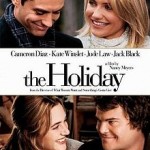 As Christmas is just around the corner and I certainly don’t want to think of studying right now, I suppose it’s the perfect time to list some Christmas movies that are (or were) inevitable for me to watch every year. By ‘inevitable’ I mean that these films don’t necessarily have an outstanding plot or special visual style […] 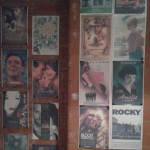 What’s it like living in a private flat so far

In some of my earlier posts I have expressed my excitement regarding the fact that this year I am no longer living in Student Halls. I also said that I would later tell you about what it is like, so now that I’ve been here for almost 3 months, I thought I’d sum up some […]

Remember how I told you about my Film Production module earlier? Well, after a few tiring, nonstop shooting/editing days, we managed to finish our film. And besides learning how to make a short film, this group project was a big lesson for all of us, I think. In fact, all the group projects that I […]

I have always been very interested in the behind-the-scenes aspect of a movie. Am I the only one who is -when watching a film- always thinking about how certain scenes were made? I always imagine how after shouting “Aaand…action!” everyone goes quiet in the studio, the cameras start to roll, the actors start to act and make […]