I can hardly believe that it’s already halfway through October. For 12 years I was used to starting school on 1st September but since last year this date has moved to October. Which is not a complaint, on the contrary! It’s just weird that only 2 (and a half) teaching weeks have passed and I’m already in […] 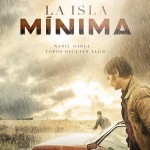 Posted by Erika in Film Studies on October 3, 2015

The past week has been so hectic (I got back to England and moved in to my new flat but none of these things went smoothly) that I decided not reflect on it – not yet anyway. Instead, I thought I’d share my recent movie marathon experience with you. It was at an event called […]

The first term is just around the corner and I wonder if you, freshers, are feeling as excited/uncertain as I felt when I was about to start university. If so, then let me help you a bit by giving you an insight into the first term’s film module, called “Reading Film”. (If you’re doing Film and […]

I mentioned earlier that this year I’m going to live in a private accommodation with a friend and it is going to be completely different from last year’s Student Halls experience. Well, not that different. I’ll just have to be able to compromise more, to adapt to another person, to be less lazy about housework […] 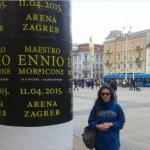 The Good, the Bad and the Genius

Posted by Erika in Film Studies on September 3, 2015

Have you ever heard of the legendary Italian composer, Ennio Morricone? If not (and also, if yes) then let me tell you a bit about him as I have already been to his concert and now I’ve just found out that he is going on tour again. A few months ago, in his “50 Years of Music” […]

How does it feel to know that you have a secure place? Great, right? It was great for me too, except that it was slightly overshadowed by my fears. I’m good at worrying about things and going to University was a proper reason for worrying. A lot. I’m sure you guys have already heard/read great advice […]

Confessions of a clumsy cook

I’ve been planning to learn cooking for several summers and guess how it went so far. Yes. My enthusiasm got stuck right at lesson one (basically scrambled eggs). This year however, I have no other choice than to keep learning how to prepare some decent food as I am going to live in a private […]

What to expect if you’re attending the International Welcome Week

Around this time last year, I started to collect information about the International Welcome Week (=International Students Welcome Programme) and to decide whether I should go. You feel hesitated? Then I gladly share some of my experience:   I got to meet a lot of people -who were pretty much as scared as I was. […] 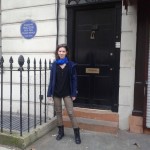 What do Game of Thrones, Rambo, Star Wars and Sherlock have in common? I only know one thing for sure: I have visited their shooting locations! In a few weeks I’m going to Croatia for vacation and it brings back the memory of how I visited King’s Landing (aka Dubrovnik) for the first time when, […]