Planning for the Future

In exactly a month, I will have completed my last undergraduate exam, and in three months I will officially be a Film & Visual Arts graduate of the University of Leicester. Considering how fast these milestones in my academic career are approaching, I thought it was appropriate to write a blog post about my plans for the […]

I haven’t posted a film review since I saw Interstellar (because nothing has really phased me since), so I thought I’d write a short post about a film I saw recently that I thought was excellent. Released last year, ’71 is Yemen Demange’s directorial debut (having been involved in several TV projects, including E4’s Dead Set) […]

What I’ve Learned This Term

Just a couple of things I’ve learned from my 2nd term at University: – Exploring Leicester (and this doesn’t just mean cheap bars and pubs) shouldn’t be left until you’re about to leave… After seeing the Woman in Black, my first time at the Curve Theatre, and seeing Leicester University’s incredible production of The Vagina […]

*contains spoilers!* I was meaning to write a blog post about my trip with friends to Leicester’s theatre, The Curve, to see The Woman in Black two weeks ago, but a looming deadline meant it completely slipped my mind. Now that’s out the way, I can finally divulge on here how awesome the show was. […]

Hi everyone, Apologies for not posting recently! Dissertation work has completely taken over my existence throughout the Christmas holidays, and exam season was stressful too. I’m now officially settled back into Leicester life and the first week of University is coming to an end, so I thought it would be appropriate to write a post […] 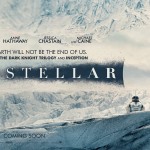 Posted by Jessie in Film Studies on December 1, 2014

As this is essentially a Film Studies blog, I think this gives me the right to babble on about recent films I’ve seen that have had an impact on me. So I’m going to take the time to write about my latest cinema trip to see Christopher Nolan’s sci-fi adventure / emotional rollercoaster Interstellar. I’d heard […]

Since I last posted, I’ve had two Storytelling sessions so far, and I’m enjoying it so much! I thought I’d just summarise the sort of activities I’ve been involved in. I’ve been allocated a Year 3 class, and although my volunteering positions is a ‘storyteller’, I’ve been helping out with other class activities in the […]

I’ve been really excited about a new volunteering scheme I’ve become a part of and I can’t wait to write all about it here on the Film Studies blog once it gets going! For now (as I haven’t officially started) I’ll just give you a little low down on what it entails for now… The University […]

It’s been a month since I arrived back in Leicester for my third and final year as a Film & Visual Arts student, and I was not expecting the work load to hit me like it has. The jump up from 2nd year seems quite high; with what feels like an intense amount of deadlines […]

Welcome back to Leicester…

Posted by Jessie in Film Studies on October 8, 2014

I hope you’ve all enjoyed your first week as a fully fledged University student! Being back on campus this week has felt strange. Being away for several months over the summer break meant it all felt strangely alien yet very familiar, but I’m looking forward to throwing myself back into the swing of things. I’m […]