Matt graduated from the University in Summer 2012 and is no longer blogging for this site. 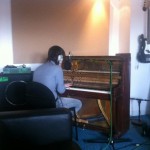 In the studio in the holidays …

Hola boys and girls, ladies and gentlemen, Writing to you from the abyss of the Easter holidays where there ain’t nothing goin’ on but the rent … and recording in a prestigious worldwide recording studio overlooking Stamford Bridge where Kylie Minogue couldn’t get it out of her head and Adele just kept on Chasing Pavements […]

Hallo folks, Sorry for the gap between posts, I’ve had quite a turbulent time.  This turbulent time included an actual death to a laptop … sad!  But not as sad as the moment you think – “my dissertation is on there and I’ve written a couple thousands words since I last backed it up!” – […]

If anyone can post that film reference in the comments I would be suitably impressed.  But, the sentiment is how I feel, you know sometimes when you just feel ‘alive’ ? A quick reason for the instant satisfaction I have just felt, The Simpsons on Channel 4+1, a new Simpsons episode that reminded me of […]

Essays, essays, essays, oh what joy March does bring.  Springtime is in the air, the lambs are running around eating daffodils and tulips are inspiring a thousand psychedelic stories and pastoral afternoons all around the world.  I am couped up in my room, Tesco and Sainsbury’s shopping trips aside, writing essays about Nicholas Ray, Jayne […] 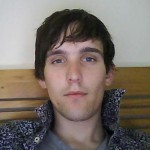 Hola, Bonjourno y Bonjourno, Just arrived home from a good day on campus, I like it when a day amounts to more than an hour or so at that centre of learning we call the university campus. We all had to be in first thing this morning (yes, 10am is first thing to a student) […]

Just had another conversation with a girl I’ve been living with since first year, “it’s nearly all over Matt!” … although she means our three years as undergraduates at Leicester University are nearly over, and it seems that now in February 2012 that she is quite right, but when you consider that she has been […]

Despite the title of this blog it will be steering clear of politics this week. Just so you know. First off, apologies for the gap between this and my last blog, I had a minor breakdown this week, that could have easily developed into a major suicidal big time rockafella skank of a break down. […]

Interesting day yesterday. A long, full day … the kind of day you enjoy at university and feel you’re getting the most out of university. A 10am start and a full timetable until 6pm, and then I made the choice to go to a guest lecture in the Economics and School of Management Department. I’ve […]

Posted by Matt in Film Studies on February 4, 2012

Just at a time when you don’t need distractions … you’ve thought for many years that comedy series The Big Bang Theory isn’t your thing and the excerpts you’ve seen aren’t that funny. “Watch it from the start” they say, “get to know the characters” they affirm … so, you do, and you find that […]

We’re out of the storm now, how was it for you? It was literally a storm for me, walking to my exam on Tuesday morning I felt like Leicester was going through Monsoon Season, nevermind exam season ! Needless to say, that was one of the toughest exams I’ve ever had to sit … for […]