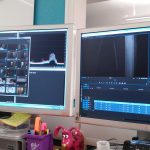 So… This post is going to function as a sort of follow on from my last post… Because I’ve rediscovered something about film production that I absolutely despise: editing. Yes, university may have changed my outlook on filming as a whole, but editing is still as tedious and drawn-out as ever. Even more so, […]

Posted by Harriet in Film Studies on November 20, 2016

When you’re studying film, you end up finding out weird little things about yourself. Be it that you love terrible, old B-movies or you have an appreciation for avant-garde shorts with deep, hidden meanings, you will almost certainly find something you never knew was there. And what did I find out about myself? Well, […]

Remember how I told you about my Film Production module earlier? Well, after a few tiring, nonstop shooting/editing days, we managed to finish our film. And besides learning how to make a short film, this group project was a big lesson for all of us, I think. In fact, all the group projects that I […]

I have always been very interested in the behind-the-scenes aspect of a movie. Am I the only one who is -when watching a film- always thinking about how certain scenes were made? I always imagine how after shouting “Aaand…action!” everyone goes quiet in the studio, the cameras start to roll, the actors start to act and make […]