Posted by Charlotte D in Film Studies on February 27, 2019

Another reading week has rolled around, and I’m once again in a reflective mood…surprise surprise. It feels very strange to say that I only have 4 more weeks of classes and then I’ve officially finished in terms of the teaching I’ve received at Leicester. Of course, I’ve still got another month to work on […]

Posted by Charlotte D in Film Studies on February 17, 2019

It’s fair to say that any university degree will usually shape the way you see, discuss and ultimately appreciate a particular subject. For instance, chances are if you study history you’ll have an in depth and often obscure knowledge of a certain period, or a well researched timeline of a particular historical figure.   […]

Posted by Charlotte D in Film Studies on November 17, 2018

I feel I should be ashamed to say that I am that person…that person who blasted ‘All I want for Christmas is You’ as soon as bonfire night had passed. The holiday season is my favourite time of year, it’s Christmas, a time for celebration, and a time for family, and of course for […] 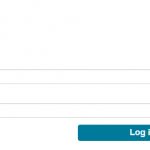 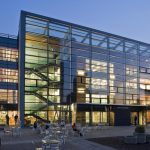