Posted by Charlotte D in Film Studies on December 31, 2018

I know it’s New Years Eve, it’s time for reflective blog posts or a list of resolutions…but maybe they’ll come later, the film student in me is itching to talk about this new development on Netflix.   *Bandersnatch Spoilers Ahead*   So if you live in the dark ages, as I do, you will […] 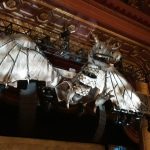 Posted by Charlotte D in Film Studies on December 20, 2018

Beginning my twenty-first birthday celebrations with a bang, I was lucky enough to be gifted tickets to go and see Wicked at the Palace Theatre in Manchester. I’ve wanted to see this musical for over five years, so this truly was a dream come true; I was not disappointed!   For those who have […]

Is Doctor Who an Assistant to Feminism?

Posted by Charlotte D in Film Studies on October 8, 2018

Sunday the 7th of October marked the debut of Jodie Whittaker as the first female Doctor Who, spanning the show’s entire run beginning in 1963, and receiving a revival in 2005. As a film student (incidentally currently studying TV Drama), as well as an Equality Diversity Champion, and not to mention a huge fan […] 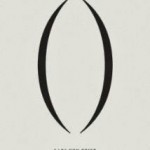 It seems to be that the majority of the ‘best films of 2013′ don’t get an official UK release until the first two months of next year. Films such as ’12 Years a Slave’, ‘The Wolf of Wall Street’ and ‘American Hustle’ make a regular appearance on the annual shortlist for film magazines, blogs and […]