Posted by Charlotte D in Film Studies on February 14, 2018

Potential new series for you all, discussing subjects that shouldn’t be labelled as taboo, and yet are still seen as something that should be kept quiet. A lot of the things I want to talk about will relate to experiences I’ve had at university, however can equally be applied to any stage of life. […]

The ‘Holidays’ Wrap Up

Posted by Charlotte D in Film Studies on December 28, 2017

It’s been a while, and a lot has happened…mostly to my eating habits, as my calorie count has gone through the roof. Happy holidays everyone, I hope everyone is having a lovely time, whether you celebrate Christmas or not. It’s been great being back home, but also extremely busy, so to start off I […] 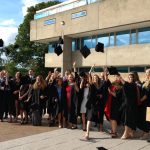 Posted by Harriet in Film Studies on February 21, 2017

I have an anxiety disorder. I’m not afraid to say that. I used to be, but I’m not anymore. And I know that there are hundreds of thousands of people who feel the same way, but are too afraid to speak up because of this pathetic stigma that surrounds mental health. I know that […]

If you’re studying in France, you may want to read this…

I have no idea where last year has gone. A fresh new batch of language students have left the UK to start their Year Abroad journey. It seems like 2 minutes ago I was stressing out about finding somewhere to live, and worrying if my French was good enough to survive in France, but now […]

Motivation from Yoda through Rocky to Dumbledore

As I’m in the middle of feeling stressed for various things, I thought I would collect a couple of quotes from movies and series just for motivation. (With my humble comments attached.) These are for everyone facing deadlines, essays, group projects, exams, or decisions about future career! Warning: Of course these quotes are out of context, plus […]