As I mentioned in my last post I attended my first large scientific conference last week. This was “Microbiology after the genomics revolution: Genomes 2014″ and was held at the Institut Pasteur in Paris. It was a big event with ~500 people attending and there was a lot to see, do and learn.

We began our trip with a very VERY early flight out of Birmingham airport – we departed at 6:25am, to get to the airport we got up about 4am. At least it was light outside. We never intended to travel so early, originally we were booked onto a midday flight, very civilised, however the french air traffic controllers were striking and our very civilised flight was cancelled. We could move onto a flight at 6:25am or ~5pm, 5pm would mean missing the start of a conference that we’ve paid a lot of money to be at. So 6:25am it was. It did however mean we arrived in Paris very early (9:05am Paris time) so we had most of the day to enjoy the city. We walked the streets of Paris, enjoyed a long lunch, checked into our hotel and finally headed to the conference with plenty of time to spare before the first talk at 5:30pm. 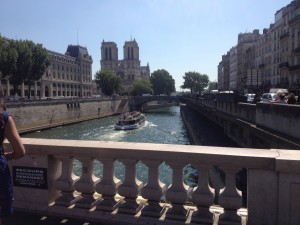 After the first evening we had 3 full days at the Institut Pasteur, we began at 8:30am every day with talks from a variety of speakers until a morning coffee break about 10:30am. The coffee was good and we were also served mini crossiants and pain au chocolat (after the first morning I learnt to keep breakfast light). After this we had more talks until lunchtime ~12:30pm. For lunch we had a 4 course meal every day; starter, main, cheese, dessert and of course wine (we were in France!). After lunch at 2pm we attended poster sessions were people present their work to those who come and visit their poster rather than to the entire audience. 1.5hrs seemed like a lot of time for this beforehand but actually once you start looking at posters you can easily fill it. The posters gave me a chance to actually ask people questions about their research in an informal manner, and after the first day I think I learnt my most valuable conference attending lesson – Decide in advance which posters you want to visit. If you have more time you can browse others but don’t think you will see everything walking up and down rows of posters at a conference this big – you will miss ones that might be relevant to you. At 3:30pm we all headed back to listen to several more talks, followed by another coffee break (sweet treats included) and a final session of talks until we finished at ~6pm. 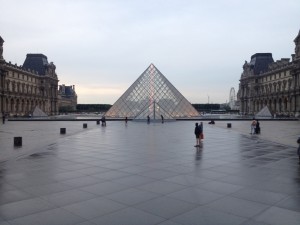 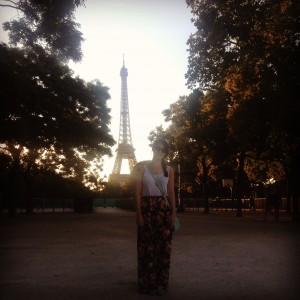 So the days were long but that didn’t stop us enjoying Paris as well, on Wednesday evening we visited the Eiffel Tower, we didn’t go up it but took plenty of photos in front of it 🙂 . On Thursday we got the metro to the Champs Elysees, walked down to the Arc de Triomphe then along the river and back towards the Louvre. We did get rained on a little that evening, otherwise the weather was really great. In the evenings we ate lightly (as a 4 course lunch tends to fill you up!)  but as a vegetarian in Paris I was quite glad I didn’t have to worry too much about finding meat-free options. Omelette fromage et frites anyone. We flew home late on Friday and after our EasyJet delay I ended up getting home at ~2am (after my  very lovely boyfriend picked us all up from the airport and dropped everyone off). The weekend was spent recovering, relaxing and planning for my first Brilliant Club tutorial (there’s more to come on this).

The Insitut Pasteur is a very famous place that’s been performing groundbreaking scientific work for a long time so getting to visit was exciting. While spending that amount of time listening to people present their work can be tiring I think gained a lot. While there I tweeted a little (@MeganDSC) and found a few new Twitter followers – I’m trying hard to use twitter for science communication (#SciComm) and am slowly adding followers. Overall, for my first conference I think it went well, and I’m looking forward to attending more. I’m going to write a separate post on how I paid the costs associated with attending a Scientific conference so look out for that coming soon. 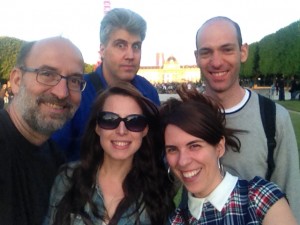