So after last weeks post about not working weekends I actually flew off on Saturday evening to Germany for a 2 day, Sunday-Monday, conference in Göttingen. I think this is a little different to the kind of work I discussed in my last post though, this is a exception not the rule. I think my boyfriend was a little disgruntled at having to cook for himself for 3 days but he survived so no harm done 🙂 .

This conference was very different from my last – much much smaller, and the topic was much more specialised. The days weren’t as long as they were at the Paris conference in June either which was definitely appreciated. This conference was a celebration of 50 years of work on PTS systems, PTS systems are a mechanism of sugar transport used by a wide range of bacteria. The topic is still pretty new to me, but it’s a very classical area of study. I’ve been branching into it as working with sugars relates to other aspects of my PhD, my lack of knowledge made some talks difficult to follow, but overall I think I took quite a lot away from the meeting, it’s really valuable to experience the different kinds of scientific meetings that exist. I attended the conference with my supervisor and he knew a lot of people there, the more you attend scientific meetings the more your begin to recognise and know other people working in similar areas as you, so we talked a lot, had a lovely dinner, drank some German beer in the poster session and even managed to see a little bit of the city. 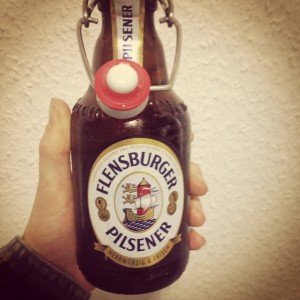 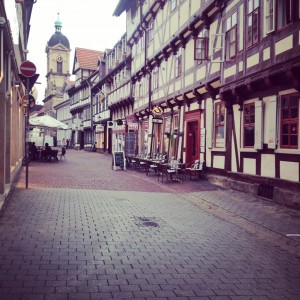 Before I left for Germany I was sensible and planned ahead, making myself a to do list for when I was back to the lab. This meant I could hit the ground running on Tuesday and hopefully I’ll get some important things finished before the end of the week. I also have a student to teach in the lab for the next three months, who arrived last week , so I felt terrible abandoning her on one of her first days as I was in Germany but everything worked out fine. There are a lot of opportunities to travel and work in other labs as she is doing if you look for them and it’s something I hope to do soon as well, I have the huge advantage of speaking English (the language of science) as my first and only language. However, attending conferences does two things: while it inspires me to think I may be able to produce something great it also reminds me how poor my language skills are. I’m meeting people who often speak 3 languages and I only speak one. I’m considering a language course through the university, the graduate school has some funding so you get a discount on a 20week course, but I’m worried. Languages are difficult for me, it’s not a natural skill I have, but also about the time commitments, while it’s only 2 hrs a week in classes to make the most of it I think additional time needs to be dedicated to practice. I have a lot of other commitments as well, I sometimes feel overwhelmed as it is. Whatever I decide I will let you know. I’ve had great opportunities to travel so far in my PhD and I know there is more to come, it’s an aspect of the process you should definitely make the most of.