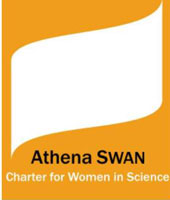 I’ve written before about how I’ve been lucky enough to have never felt held back by my gender at work, however the more I read, learn and understand about the leaky pipeline and the challenges women face in the higher ranks of science the more I know this may not always be the case. As a result I’m a member of my departments Athena Swan working group, trying to identify areas where we can make improvements to make our workplace more equal. To help tackle the challenges women and other under-represented groups might face when trying to forge careers in science.

Recently the department of Infection, Immunity and Inflammation (3I’s) held a debate about whether or not there is a need for positive discrimination in order to achieve gender equality within science. With Athena Swan in mind the debate was designed to raise awareness of what options are on the table to improve the retention of women in science. Specifically the debate focused on whether or not positive discrimination (currently illegal) was required, or if positive action alone was enough to move towards greater equality in the sciences. For anyone unsure about the difference in the definition of these two things soapbox science have a blog post by Seirian Sumner that not only explains the difference but also covers some top tips for achieving equality within your department.

The debate was well attended, and while there were more women than men, the numbers were much more even than I’d anticipated which I think is great. Both speakers were in favour of Athena Swan, that wasn’t the point of the debate, they just differed in their approach to whether or not current practices are enough. Do they work fast enough & will we achieve equality any time soon? The outcome is unimportant, the point was to raise the issue and get people talking, which is why at the end the audience were able to ask questions. I didn’t realise until afterwards (when a post-doc I work with pointed it out) the way questions were asked and dealt with was the perfect showcase of many of the things discussed. The questions all came from men, and despite the chair of the debate being a woman she was often spoken over by men. The male speaker expected to give his answers first without realising he wasn’t allowing his fellow speaker the opportunity to present her case before his. Luckily she didn’t let that get in the way and told the room no, you’ve already answered several questions first, this time I’m going first. I have a huge amount of respect for that as women often run the risk of being called bossy and aggressive rather than strong and assertive.

This is not intended to be a criticism of the individuals involved in any way. I don’t believe they intended to do these things at all, and the fact they attended the debate shows they understand there is a problem with the advancement of women in science. I just wanted to highlight what a perfect example it was of how women are often drowned out, and until we notice that these things happen we probably won’t take the huge steps forward required for true equality in science.

To find out more about Athena Swan you can visit: