Are you registered to vote in the upcoming EU referendum? If you aren’t registered or don’t know if you are, you can register here. If you don’t register than you can’t vote and with those <55 years old much more likely to vote In on June 23rd, the Remain campaign needs you to vote. This video from channel 4 sums up the way key demographics are likely to vote in the referendum, and while Remain has a narrow lead we still have 1 month to go and I don’t feel comfortable taking any risk with our future in the EU. I strongly believe, as many young people do, that we should stay in the EU, and I write this from exactly that viewpoint. I am Pro-EU, as is this blog post.

I think I’m in a fairly unique position when it comes to the EU referendum as I’m a British citizen who does not have the right to live and work anywhere in the EU. This is because I was born and raised in Jersey, which is not part of the EU. Now before you assume anything about me because I’m born in what is considered a tax haven think about whether you think everyone from London is a rich banker. Got your answer? I rest my case. Being born in Jersey, to Jersey parents means I have a little statement inside my British passport that tells anyone who’d care to look that this passport does not entitle the holder to live or work anywhere in the EU. You’d think then that I view EU migration negatively, that I don’t get any of the benefits and only the downsides. You’d be wrong. Firstly, that’s an incredibly selfish way to consider the situation, secondly I don’t think EU migration is a bad thing, regardless of what Mr Farage might tell you. EU migration is hugely beneficial to this country. We can take my supervisor as a wonderful example. He moved here from Italy to take up his current post in the Summer of 2013, just before I started my PhD with him. Two PhD students came with him, one of whom is now back working in Italy and the other is successfully employed here in the UK. Since I started our lab has steadily grown, my supervisor has won two substantial grants and as a result now employs 4 Post-Docs (2 British, 2 Non-British EU nationals) and 2 PhD students (me and one International student), with 2 more (British) PhD students due to start next academic year. So come October this year that’s 5 British people employed or working for (with a PhD stipend) my supervisor. Can anyone tell me the negative in the situation, because I honestly can’t see one. 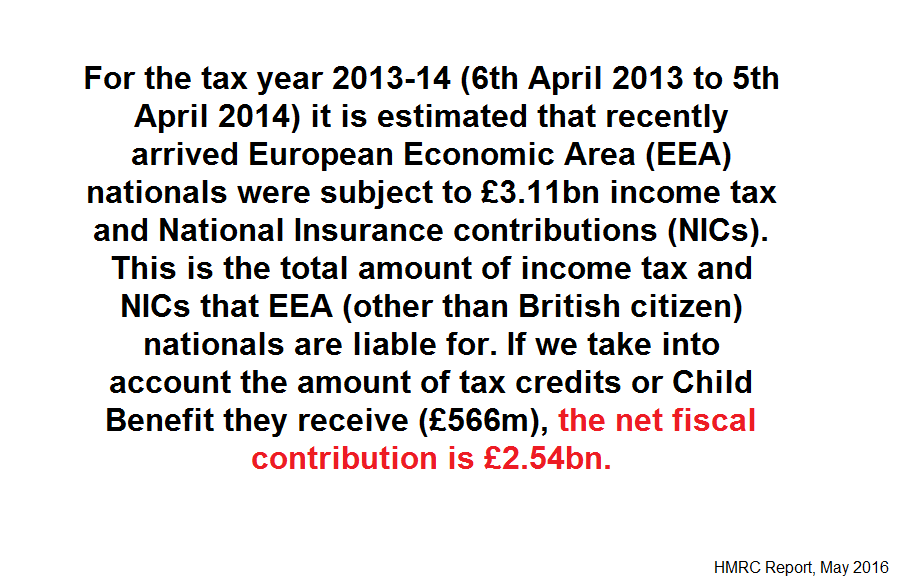 I wanted to go through a few common things that come up in the EU debate: