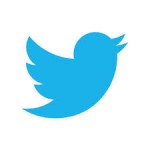 Recently I got some really exciting news, after presenting my poster at the Society for General Microbiology’s (SGM’s) Annual conference I’ve been shortlisted as a finalist in the Sir Howard Dalton Young Microbiologist of the Year Award. Along with 7 other young Microbiologists I’m heading to the SGM’s AGM (so many letters!) and will give a […] 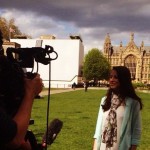 A few weeks ago I was lucky enough to head to London for a media training day put on by the Science Council. I have to say watching myself back on camera (especially the first time) was painful but I learnt so much that it was worth it. So why did I even get the […]

I thought I’d take the chance to let you all know about some of the upcoming events at Leicester for Post-Grads: 1. PhDepictions – a competition where you sum up your research in a single image, along with an abstract. Unfortunately the deadline for submissions has passed but have a look at the PhDepictions website to see […]

Update: After posting my blog on twitter (@megandsc) the SU (@LeicesterUnion) tweeted it to the Sports and Rec team (@UoLSports_Rec) who quickly got in touch. The issue has been raised within their senior team and hopefully I’ll get a full response after their next meeting. Time to worship the power of twitter 🙂 , thanks for the […] 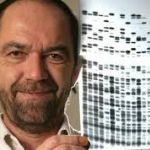 This week ITV’s 2 part drama Code of a Killer concluded, it’s airing was pretty exciting for us here in the Genetics department as the story line focused on the first ever murder enquiry to use Prof. Sir Alec Jeffery’s DNA fingerprinting technique to identify the murderer. This is a technique he developed here in the […] 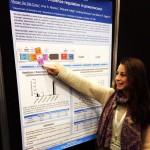 The girl with the interactive poster

In March my lab bench gathered a lot of dust, it was a busy month between teaching 2 brilliant club placements, demonstrating for an undergraduate unit, moving house and attending the Society for General Microbiology’s (SGM) annual conference. With my lab bench gathering dust it’s also meant my blog has gathered a little dust, it’s […]

Cafe research is an event put on by the graduate school for research students to socialise and informally present their work, there’s also free pizza and wine to help get us in the door! The most recent one was the first I’ve been to and I’ll admit the main reason I went was because I […] 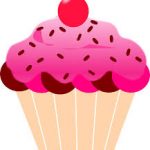 My thesis is a cupcake …

I’ve had quite a week, my boyfriend and I bought our first house! As you can imagine I haven’t been in the lab much this week however I haven’t forgotten about you and I thought I would do a short post to share something I read last week on the blog thesis whisperer… My thesis […] 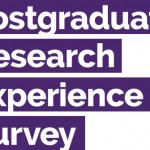 I’ve just taken it and if you’re a postgrad you should to! The Graduate School emailed you about it, go on have a look, it was on Monday. Now I know a lot of the time it’s easy to ignore surveys like this but I think this one […]

Can Post-Grads vote in the Union Elections?

The Union elections are rapidly approaching, banners and students campaigning have sprung up all over campus, and as I was walking into the union earlier this week I was stopped by a very nice girl, our conversation went along the lines of: Campaigner: “Are you planning to vote in the student elections” Me: “Sorry I’m a Post-Grad” […]