Every Geographer Loves a New Map

Posted by Connie in Geography on September 13, 2013

Well, I do anyway.

I thought I’d write a quick post to share a bit of news I’ve read about some new maps that have been created recently.

The first is a map of a dead colossus volcano, named the Tamu Massif, which has been discovered 2 km below the Pacific Ocean. It formed around 145 million years ago, and is the largest volcano on Earth. Apparently it is comparable in size to the Olympus Mons volcano on Mars, which is the largest known volcano in the solar system. So this is a pretty impressive discovery, and very interesting for geography students (especially BSc students, although some BA’s out there might also like it). Check out the BBC diagram of the volcano below (its projected onto a Digital Elevation Model – you will learn about these in the second year GIS module), and read the news article here. 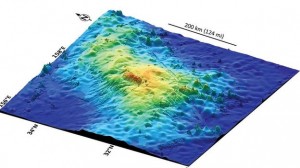 Secondly are some newly produced gravity maps of the Earth. These are the highest resolution maps of the Earth’s gravity field so far (at 200m resolution), and were created by combining satellite observations (from GRACE and GOCE satellites), gravity data, and topographic information.  You can read about the model here,  as well as watching a short video about the maps. Also check out the images of gravity disturbances in two areas of the world which I have inserted below (and check out more parts of the world here). 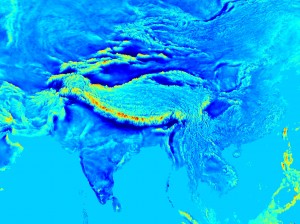 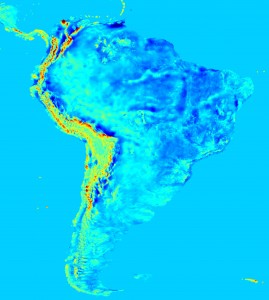 Clicking on the images above will show you a larger version.

I’ll write another post soon about the dos and don’ts for the Freshers Fair, as the beginning of term is getting close now! Speak to you soon.