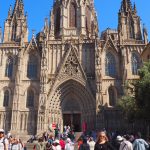 Travelling on a Budget

My housemates Charlotte, Holly and I, decided we wanted to treat ourselves after exams and book a city break. But we are all students, and didn’t want our hard earned money to wash away within a three day trip. After looking at lots of potential destinations we decided on Barcelona. We had a strict budget […] 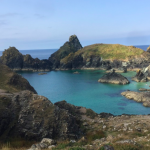 Posted by Bryony in Geography on September 4, 2018

The Woman in Black

Posted by Simran in Geography on February 7, 2017

One of my favourite aspects of Leicester is that, it’s very cultural when it comes to its people. Everywhere you look and turn, there is culture and passion, from cafés to theatres. Within Leicester, there is culture within ourselves and we surround ourselves in it everyday. Recently I went to see The Woman in Black […]

Millions of women across the world joined together to form the Women’s march on 21st January 2017. This march was about the protection of women’s rights, safety, health, and families. This occurred in Washington D.C however, many other cities joined with them such as London, Paris, Amsterdam, New Mexico city etc. There were sister marches […] 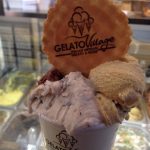 Did someone say gelato?

There are two things which you should know about me a) I’m a physical geographer b) I’m a big fan of food.   So have you heard of a place called ‘Gelato Village’? If you have not, you’re not the only one. Couple of weeks ago, I was walking past this gelato shop in Saint Martins Square in […]

Posted by Simran in Geography on September 11, 2016

Hello, I’m Simran and I’m the new geography blogger. I feel privileged to take over from Caroline. I hope I do as well as she did. May I say, congratulations to Caroline for getting a first class honours. Hope she has a good future ahead of her. Let’s get started and let me introduce myself. […] 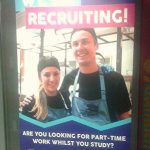 Ive just had my final results! Its still sinking in that Uni is all over, but I don’t want it to end! Looking back on this year, I’ve actually achieved so much more than I realised… this year I: Got my first ever part-time job, working in the Student’s Union and becoming poster girl for […] 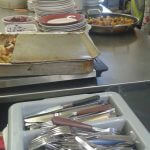 This Easter I’ve made a return to volunteering at The Real Junk Food Project Leicester. What is this you may ask? It’s a volunteer-run project single-handedly turning tons and tons of edible food destined for landfill into delicious healthy meals. It’s all based at The West End Cafe in a community centre near town – […] 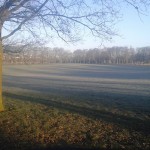 5 Things I still want to in Leicester

Posted by Caroline in Geography on February 29, 2016

The end of my time at university is dawning and it’s both sad and terrifying! My plan for next year is to continue living in Leicester, as Leicester has really become my home over the past few years. Many of my friends are returning from their years abroad and many of those I have met […]

An hour with the voice of nature himself – the Sir David Attenborough lecture!

Posted by Caroline in Geography on February 5, 2016

On Thursday 28th of January, the university had a wonderful visit from Sir David Attenborough, the voice of nature himself! The family has a long history with the uni and it was great to have him back. The event was a lecture by him in De Monfort Hall – the free tickets to which were […]