I read in the BBC News recently that the Gambia has withdrawn from the Commonwealth after 48 years of membership, because it states that it will not be part of a “neo-colonial institution”. Neo-colonialism is generally viewed as a form of control a developed nation has over a country that used to be its colony, whether […] 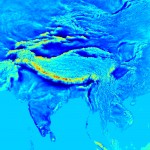 Every Geographer Loves a New Map

Posted by Connie in Geography on September 13, 2013

Well, I do anyway. I thought I’d write a quick post to share a bit of news I’ve read about some new maps that have been created recently. The first is a map of a dead colossus volcano, named the Tamu Massif, which has been discovered 2 km below the Pacific Ocean. It formed around […]