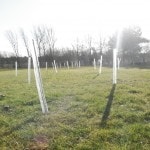 Posted by Caroline in Geography on January 30, 2015

Having started normal uni once again, I thought it would be good to share an update on my new modules and other happenings this term. So first off, we have a very curious physical geography module called Glacial Worlds. When I first heard this, I presumed it would be about glaciers and other glacial features, however […] 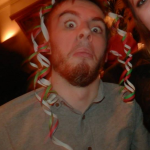 Posted by Caroline in Geography on August 23, 2014

One aspect of the coming academic year I am excited about is studying modules that I have chosen. Crazy right? In the first year, all modules were compulsory and covered a broad range of topics (see my earlier post), however in the second year, alongside a few compulsory modules, there is a choice.  A choice that could […]

I read a story on BBC News a few days ago about a crystal from the Jack Hills region of Western Australia being confirmed as the oldest fragment of the Earth’s crust (4.4 billion years old!). It was a zircon, which are really tough and very hard to degrade, and it made me think […]