As has been mentioned before, work is very important at University. You go to University to get a degree in the subject of your choice, hopefully a good one.

One of the benefits of going to University is that you can join strange societies or take up activities you would never have otherwise thoiught of. For me, this was the Viking Society. Never before had I thought of historical reenactment as a society I would like to join but since I have in first year I have laid siege to castles for English Heritage and fought for the Byzantine emperor. Mid February found me running around York as a Viking, attacking Saxons. All of which was brilliant fun.

Random opportunities that may not come your way again are also common, for example the chance to go to a great gig cheaply. Or, a random invite to learn how to ride a horse.

So yesterday I went riding at a stables called Tournament Stud with some re-enactors. As an absolute novice I arrived at the day just about knowing that a horse has 4 legs and a tail. 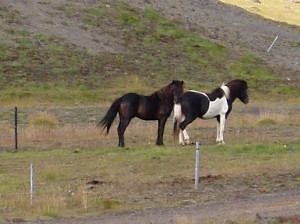 After an hours tuition, I’d about worked out a few basics and got on a horse (the charming Coal) who was extremely patient as I sent all sorts of confusing signals.

After a short session on the intricate differences of tack and how to put it on, I got to watch the masters at work as the riders cantered up and down the school hacking apart cabbages. 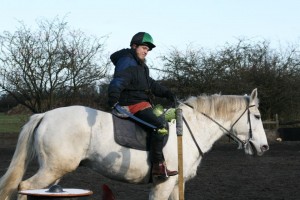 All in all, a very exciting day.

So should you get the chance to do something you have never done before, take it, and live a little.