Until the age of sixteen, I wanted to be a heart surgeon. I think it was religiously watching Holby City on a Tuesday evening that did it for me. However much I loved biology at sixth form, I wasn’t very good at it to be honest. I was lost and studying A-levels that I enjoyed rather than what I could see myself perusing in a career.

It actually wasn’t until sixth form when I switched from the IB (International Baccalaureate) to standard A-levels, that I found out I could study Geology, let alone at a degree level. I sat in the office of my advisors office not knowing what subjects to take. One subject I did excel in was Geography, where my particular love for maps grew. I enjoyed understanding relationships between boarders and the social aspects, as well as getting nitty gritty with the physical aspects of volcanoes and other hazards. By understanding Geology, it lets me answer the ‘how’ questions. How did that volcano produce so much lava? Why? When will it happen again? I’ve always been a questioner and I think that’s a good trait if you want to be a scientist or researcher.

My sixth form teachers (who were completely bonkers!) were so passionate about teaching geology and quite frankly did a fantastic job. They are the reason why I decided to pursue geology. Their passion and enthusiasm was something I’d never seen before from a teacher and it was soon passed onto me. When I entered my second year of studies at sixth form, it was certain I wanted to be a geologist. I remember my parents asking me what it even was, however they never held me back and instead encouraged me. They knew as long as I enjoyed it, I would excel studying it.

Why Leicester? My main reason was the specimen collection available to the students. On the tour of the department, I remember walking through rooms of draws which filled the room from the floor to the ceiling. I’m a hands-on learner and so this was fantastic for me. I’d visited a few other universities prior to Leicester, including Russell Group institutions and quite frankly, they were not comparable to Leicester. I love the fact the department is 24 hours and we have access to these specimens and equipment such as microscopes any day of the week, most weeks of the year (bar Christmas-time). As I have progressed into fourth-year, weekend work in the department has steadily increased and so the 24/7 department hours allows even the nocturnal students to work as they please. 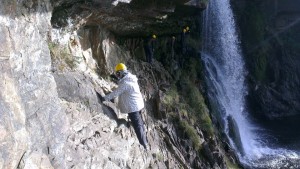 I’ve since been on the operating table for a heart operation, and let me tell you, I definitely prefer rocks!

If you have any questions with regards to potentially studying Geology at Leicester, fire away.

2 responses to “Why did I choose to study Geology at Leicester?”