If you ask any geology student what their favourite thing about studying geology is, they’ll probably tell you it’s the fieldwork because we get to go to some amazing places as part of our course. Many aspects of geology are much easier to understand if you can see them for real rather than just looking at a picture of them, but field trips are also a great way to get closer to other people on the course. Last week, myself and 15 other fourth year geologists were in Sicily for what was sadly the last field course of our degree. We definitely saved the best trip until last, Sicily has some stunning scenery, beautiful weather and lots of interesting geological features.

Sicily is a great location to visit as a geologist because of the range of features present. It’s located in an active area above a tectonic plate boundary which leads to earthquakes, volcanic activity and deformation of the rocks, which record evidence of these changes as well as changes in sea level, climate and past environments. Throughout the trip we visited a range of locations and had the chance to see lots of different features. Here’s a summary of some of the things we saw and a few pictures.

On the first day of the trip we gathered bright and early (4am!) and headed to Luton to fly to Catania. Once we arrived we went shopping to stock up on supplies for the trip and headed to the campsite for a relaxing afternoon swimming in the sea followed by a meeting about where we’d be going and how the trip was going to work. For the first 2 days fieldwork we headed to an area called the Hyblean Plateau to look at some sedimentary and volcanic rock sequences recording past sea level changes. 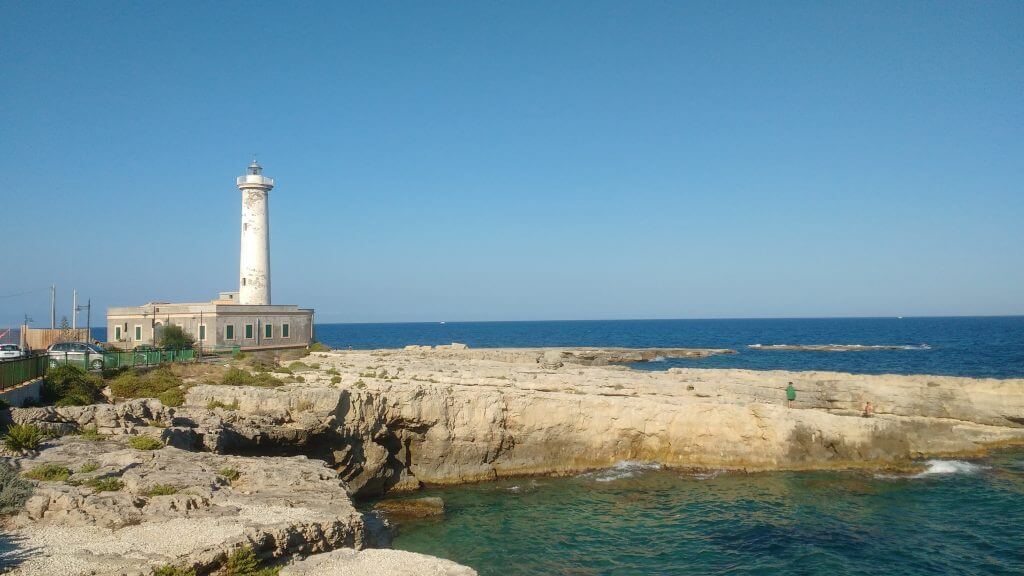 Limestones on the coast at Augusta

The next 3 days were devoted to Mount Etna, which is the largest active volcano in Europe. We spent a day looking at some rocks which date from the early stages in Etna’s development around half a million years ago, followed by a day were we climbed up to the Valle del Bove, a large valley created when a large area of one of the flanks collapsed in a massive landslide (known as a sector collapse) which contains lots of more recent lava flows. We also visited some lava flows from the 1991-1993 eruption which extended several miles from the vent and approached a village, stopping just short of houses. 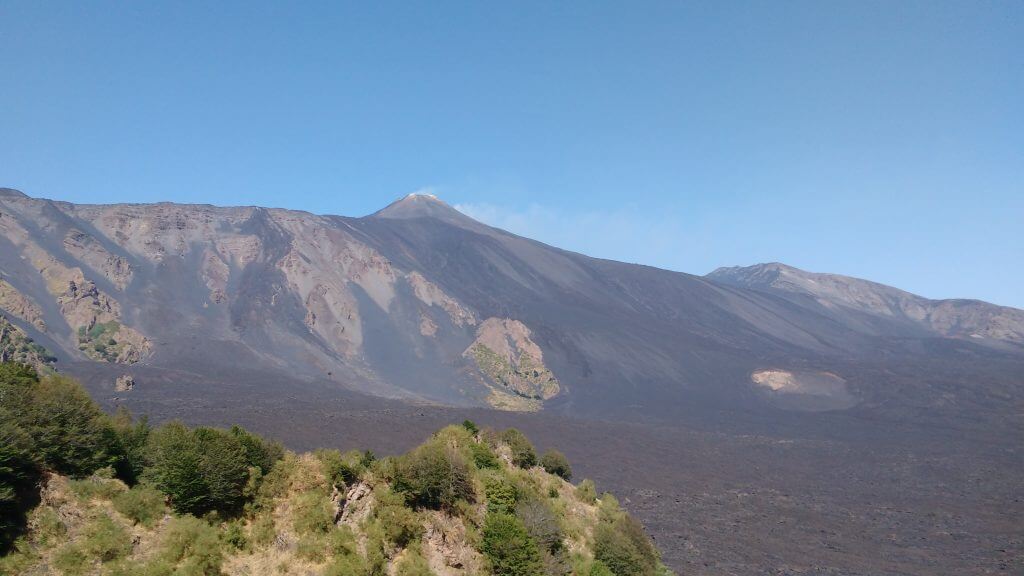 The Valle del Bove with Etna’s summit in the background

We visited IGNV (Istituto Nazionale di Geofisica e Vulcanologia) Etna Observatory, who are responsible for monitoring activity on Etna, Stromboli and Vulcano and earthquakes in the surrounding area. We were shown around the control room where scientists are monitoring Etna 24 hours a day for signs of an eruption. Whilst we were there the volcano was fairly quiet, but that isn’t always the case as shown by this footage from a BBC crew caught in an eruption earlier this year. 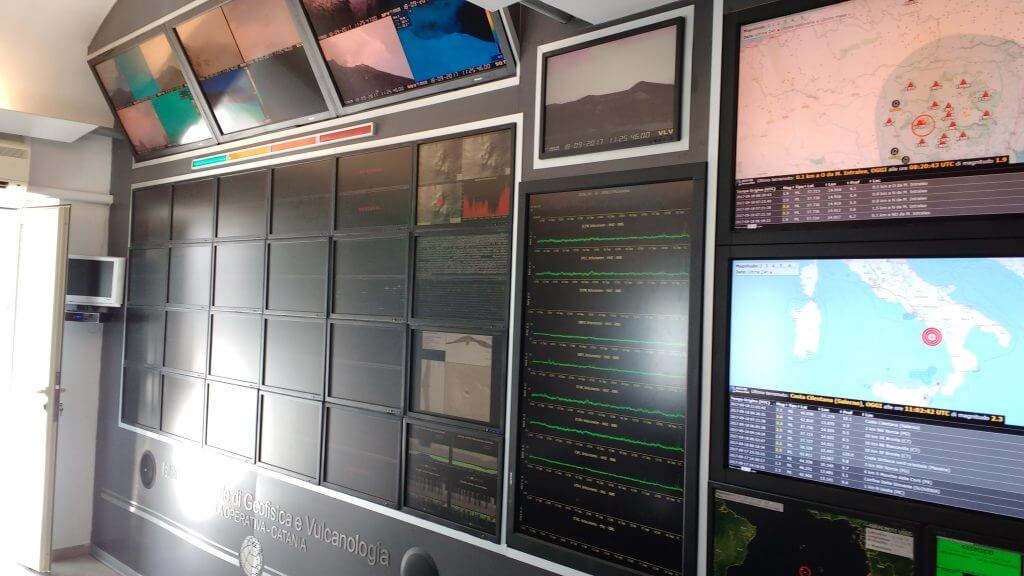 The control room – so many monitors!

We spent the last 3 days of the trip visiting central and northern Sicily studying a range of features related to the thrust faulting which Sicily has experience and evaporite deposits produced during the Messinian Salinity Crisis around 5 million years ago when the Mediterranean Sea was cut off from the Atlantic so dried up producing salty deposits such as gypsum. 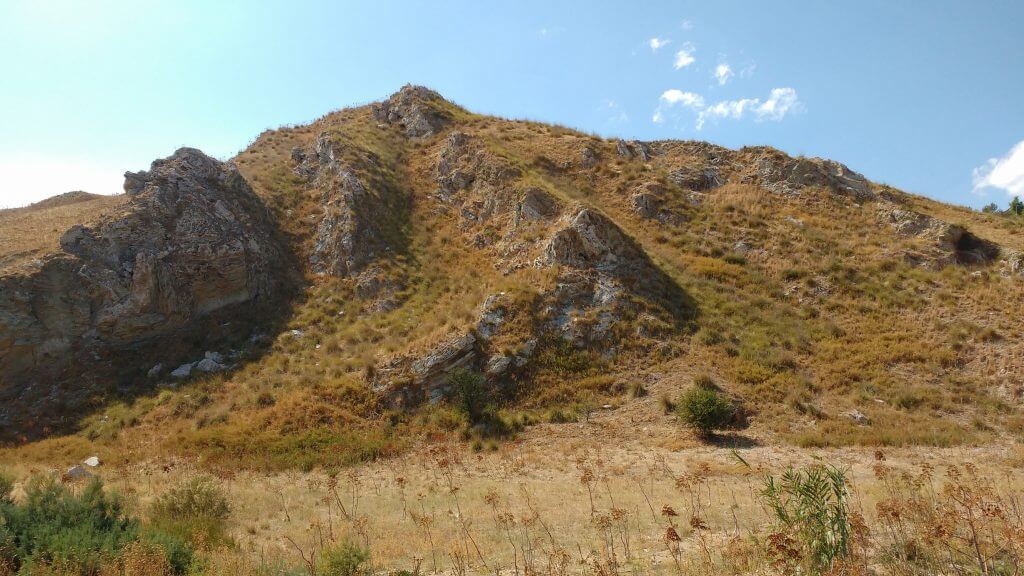 The format of the trip was slightly different to trips I’ve been on in previous years. Rather than the trip being entirely led by the lecturers, as part of the assessment for the module we worked in pairs to research a topic before the trip which we then had to present to the rest of the group during the trip, as well as contributing to discussions to help everyone understand the areas we were visiting. This was good as it got everyone thinking and answering each other’s questions, rather than just being spoon-fed all the answers.

It wasn’t all hard work however, we had plenty of opportunities for fun, including swimming in the sea at our campsite or at lunchtimes, sampling local cafes with amazing gelato and having a few drinks together in the evenings. We stayed in huts on a campsite right next to the sea with amazing views along the coast and across to mainland Italy. There was a beach at the site, but the only way to get there was by taking a very scary-looking lift down through the cliff. However, that didn’t stop me having a dip in the sea most days. The restaurant at the site kept us well fed, with masses of really good pasta as a starter every night, followed by some local dishes. The highlight of the menu was the 2 days when it was pizza night, when they kept bringing pizzas to the table every few minutes until we told them to stop.

Overall the trip was a really fun and interesting experience and was a fantastic way to start the year.