If you ask any geology student what their favourite part of their degree is they would probably say fieldwork. It’s a crucial part of any geology course and it’s easy to see why people love it! Going out into the field gives you the opportunity to learn so much more than you get from sitting in a lecture theatre and allows you to apply what you’ve learnt to a real world context, as well as being a great opportunity to get to know your coursemates and lecturers better. There are lots of fieldwork opportunities throughout the degree course which help you build up skills and experience. All compulsory fieldwork is included in you tuition fees, so you don’t have to pay anything extra!

Lots of field trips happen over the Easter Break, which has meant that recently whilst I’ve been inside writing up my MGeol project report I’ve been seeing lots of pictures of students in other years off all over the country on social media. That has inspired me to write this post to give you a flavour of the different fieldtrips on offer at Leicester.

First Year students have a trip in northern Leicestershire during the first week of term to introduce you to geology and fieldwork. This also includes a trip to a local quarry to see one of the many ways geology is useful to people’s everyday lives. During Easter of first year is the first residential field trip, which takes place on the Isle of Arran on the West Coast of Scotland. Arran is a great place for fieldwork as it has a variety of different rock types with a range of ages. This trip teaches a lot of the vital basic skills for geological fieldwork and mapping. The weather is usually as varied as the geology, so you learn how to cope with fieldwork in bad weather (an incredibly useful skill for geologists!). 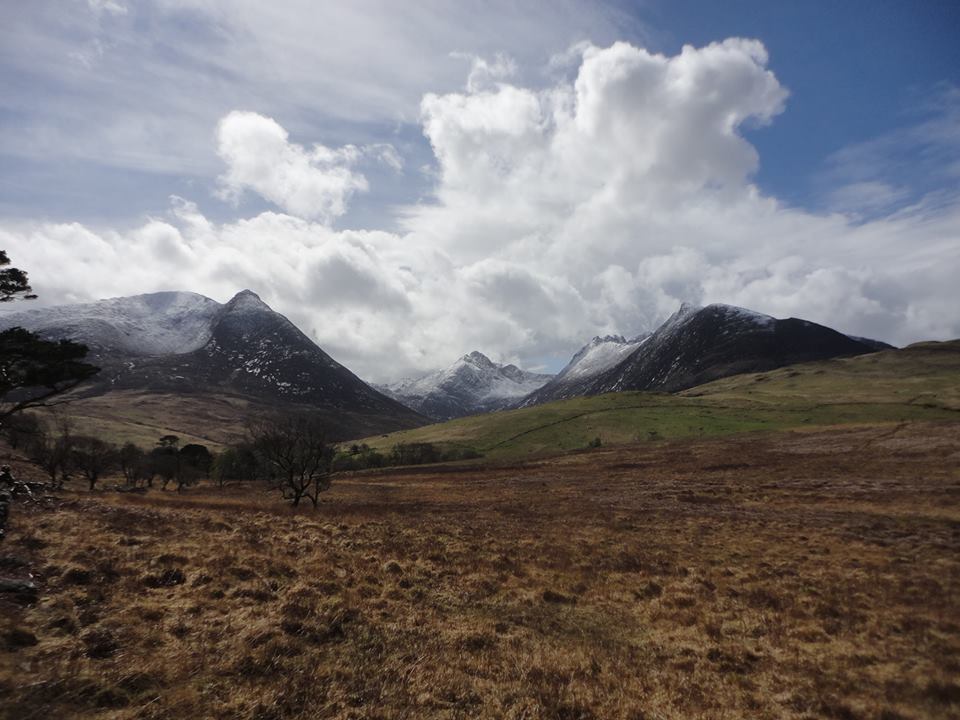 The Isle of Arran

At the start of second year there’s a trip to Almeria in southern Spain, which is much sunnier than Arran! This trip builds on what you learnt in first year, mainly focusing on sedimentology. This is followed by a trip to Anglesey in North Wales at Easter in second year. This trip focusing on structural geology and interpreting the geological history of an area based on structural measurements. 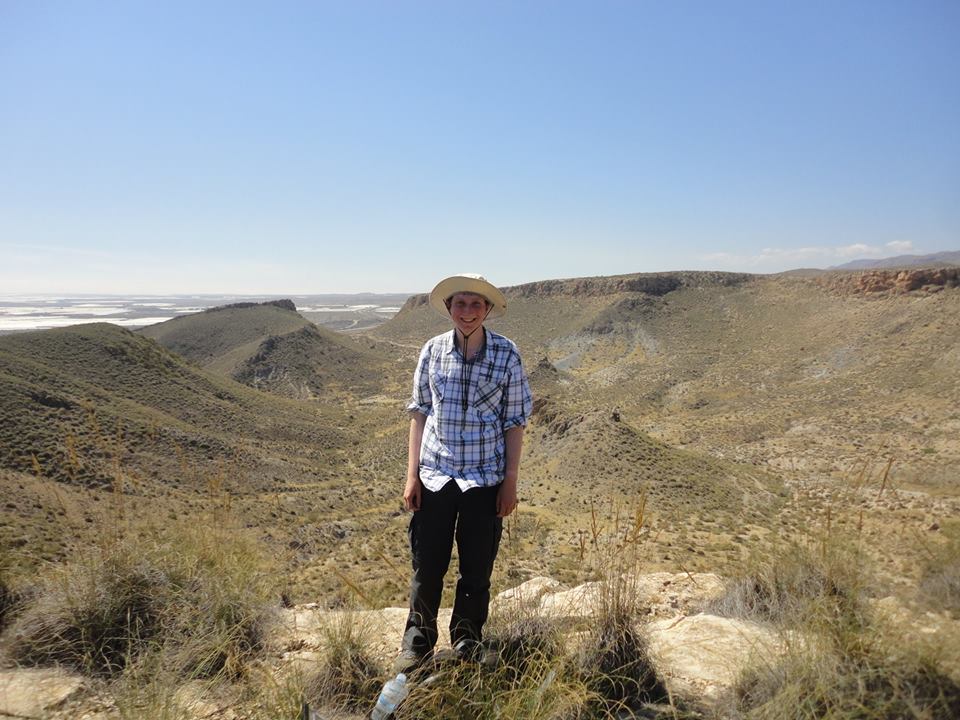 A volcanic crater in Spain

In the summer between second and third year you work on an independent mapping project. This differs from other fieldtrips because you don’t have any lecturers with you, instead you independently have to produce a geological map of an area of your choice. Although that might sound scary, you get plenty of training beforehand to prepare you for it and it’s a very rewarding experience. 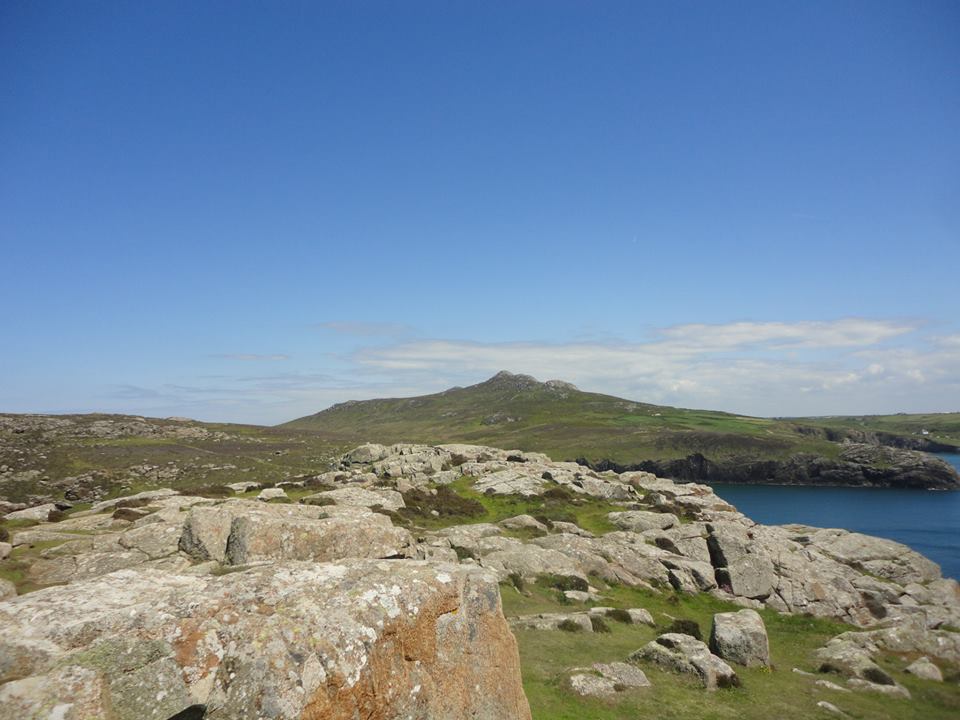 Part of my independent mapping area in Pembrokeshire, South Wales

In third year there are a few different optional fieldwork modules, including studying the geological evolution of the NW Highlands, volcanology in Tenerife, applied geology in Cornwall or the Welsh Basin for sedimentology and palaeontology. As I was doing a year abroad last year I didn’t have these options, but instead I did lots of fieldwork modules in New Zealand in the Taupo Volcanic Zone, Southern Alps and Otago.

For students on an MGeol course who stay on to do fourth year, there is an option for fieldwork either in Sicily or an urban geology module with fieldwork in Leicester and Nottingham. I went on the Sicily trip this year and had a great time – you can read more about it in this post. 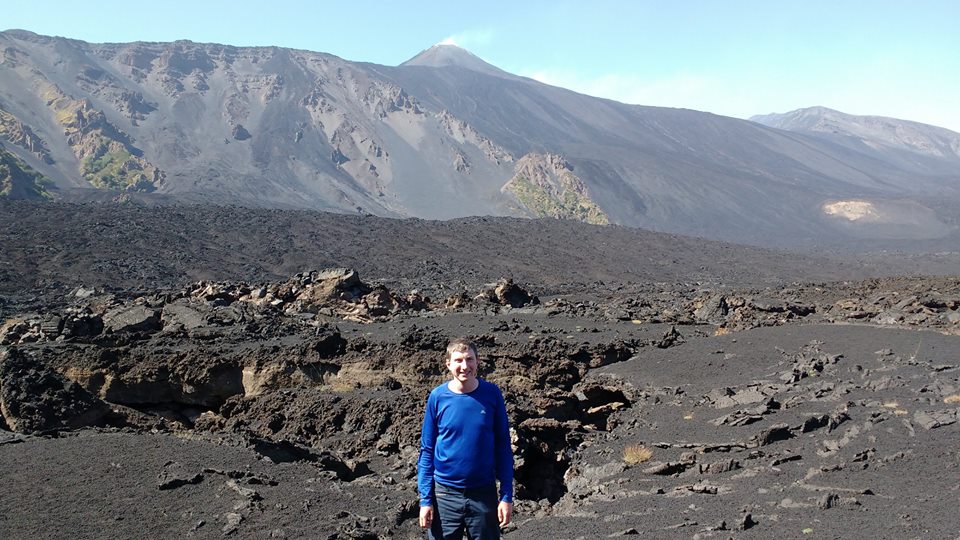 I hope this has given you an insight into the different fieldtrips which are part of the geology course at Leicester. Going on fieldtrips has been one of the highlights of my degree. I learnt a lot from fieldwork and had a great time whilst doing it!