Last weekend I took advantage of the sunny weather and visited Beacon Hill near Loughborough. It’s a great place to visit for a walk close to Leicester and has great views over Loughborough and the Leicestershire countryside. Beacon Hill is part of Charnwood Forest in northern Leicestershire, an area with some very interesting geology, which is why it’s the first place Leicester geology students go for fieldwork.

The rocks that which make up Beacon Hill and the Charnwood Forest area are some of the oldest in the country. They’re from the Precambrian period around 600 million years. At this time Leicestershire would have looked very different to how it does today! The area would have been largely underwater with volcanic islands sticking up above sea level. The rocks now exposed at Beacon Hill were formed when volcanic ash from these volcanoes settled on the seafloor and became compressed over time. 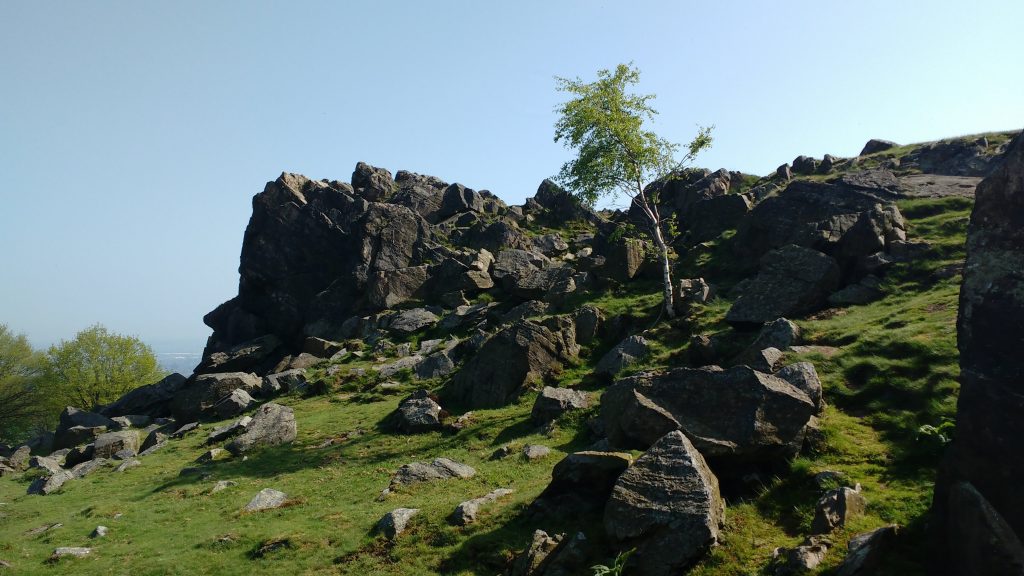 In the millions of years since the sediments were deposited, these rocks have been deformed and metamorphosed by large amounts of heat and pressure, producing cleavage planes in the rocks. Geologists try and classify all rocks as either igneous (formed by cooling/crystallising molten rock), sedimentary (formed by sediments eroded from other rocks building up in layers) and metamorphic (formed by modification of other rocks by heat and/or pressure), but this case demonstrates that this isn’t always an easy thing to do, as these rocks have characteristics of all three categories. 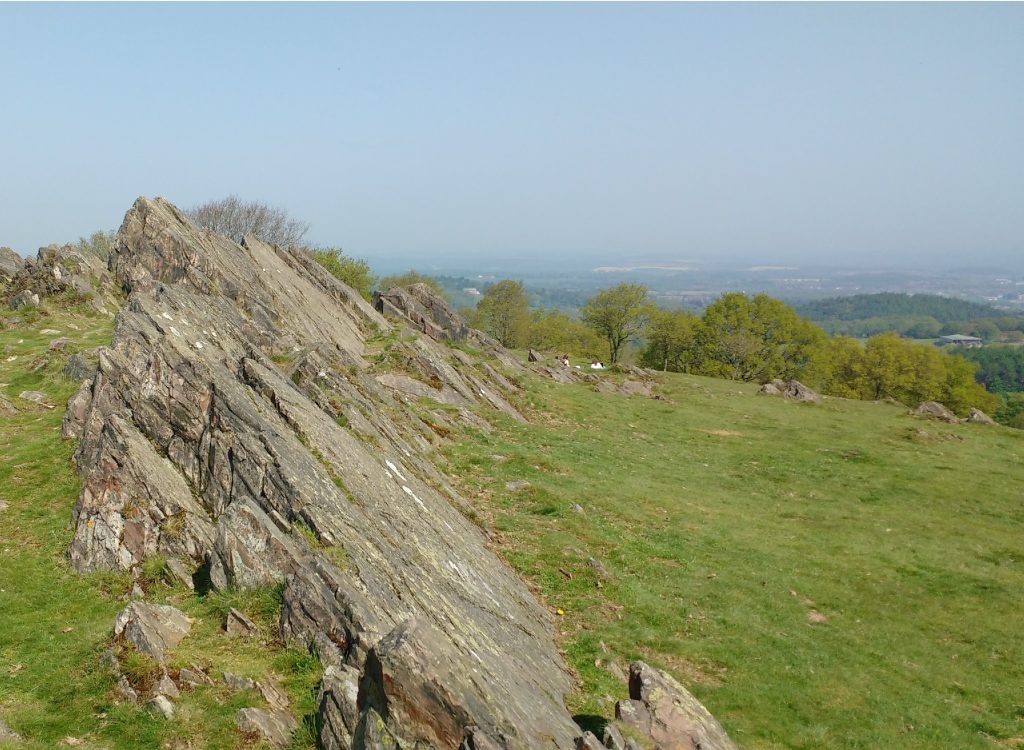 Charnwood Forest is also geologically significant because it was where Charnia masoni was first discovered in 1957. Charnia is a type of fossil from the Precambrian which was thought to have been before the appearance of complex life, so it’s discovery was very significant as it showed that complex organisms existed before the Cambrian period. The fossil can be seen today in Leicester’s New Walk Museum.