So now everyone has their A2 Results and I hope you all got what you wanted. I imagine you will now know what University you are moving on to, or be looking at clearing lists. For most of us, the first year in University accommodation is the first time we have moved out from living with our […] 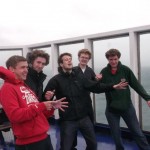 A subject I am sure is high in all your minds is tomorrows results day. The best of luck to everyone tomorrow. Don’t forget you can get ahead of the game by checking your UCAS site BEFORE you go to get your results. The Universities will already have either accepted or declined and this will […]

House moving. It’s stressful, as everyone knows. Stress isn’t helped when you live in rented student accomodation. Traditionally, students have a bad track record with looking after housing so their housing is a bit grubbier, grimier and generally cheaper than that of young professionals. Halls of Residence are looked after by the University so are […]

Exams are over! (for us lucky University chaps, anyway) Some are moving on to pastures new and getting jobs, growing up and all the normal type of things that folk do when they finally leave the school system. Some of us are putting off entering the real world just a little bit longer and staying […] 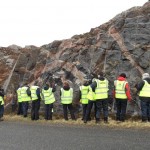 University of Leicester holidays are long. Really long. We get a month off at Christmas, a month off at Easter and 3 months off over the summer. Officially, we only work 7 months of the year. If you are a geologist, it is a little different. Geologists have to work when the weather is good […]

Leave of Absence and the Absence of Sleep

Hello everybody! We are now well into May so I expect many of you will be busy with your exams and revision. The bad news it doesn’t stop when you get to University I’m afraid.  It has been a very busy couple of weeks as I have had two deadlines. My one and only exam […]

The End of third year, Exams, Deadlines and Scary Things

With the last one of my third year modules officially completed (I have just returned for a fortnight field course to Scotland) I have returned to the prospect of fourth year waiting just at the end of my exams. Which is terrifying But the exams have reminded me that everyone from SATS to GCSE to […] 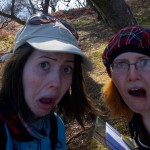 So Easter weekend is done and the family duly visited which was a nice break from flatmates and University (however much you might love them). But now its back to Leicester to get hard to work on my dissertation once more. I don’t have too much time to work on that though as in 2 […]