Most students are always looking for ways to save some cash in order to make their student loan go further, so here’s a few of my top tips for saving money. Student discounts can save you loads. Lots of shops and attractions offer discounts for students so make sure you always ask if they offer […] 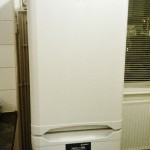 When your fridge breaks…

One of the downsides to living in a house is that sometimes things break (if you pay less than £50 a week then ‘sometimes’ is generally more often). Most things in a house you can do without for a few days, even the internet if circumstances arise. So imagine the disappointment when my house-mates and I discovered […]