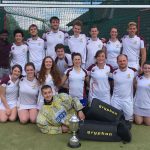 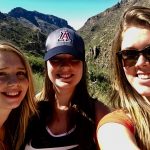 Hello from Leicester!   My name’s Lucy and I am this year’s geology blogger.  I’m currently a fourth year Master’s student studying Applied and Environmental Geology.  My project focuses on a small gold prospect in Southern Serbia with a company called Medgold Resources.  I spent four weeks over there this summer collecting my samples, and logging over 100 m of rock. […]

My Last Week in Leicester

I’m writing this post on the train home from Leicester, marking the end of my final year as a Leicester student. My final week in Leicester has been eventful to say the least! On Monday I got my results back and found out that I’ve been awarded a First for my degree! I am of course […]

Being at university is the first time that lots of students will have to be cooking for themselves regularly. This might seem daunting, but there lots of meals that are quick, cheap and easy to make and will stop you living off ready meals and takeaways. In this post I’m going to share a few […]

How to save money as a student!

First off, I hope exams went swimmingly for all that took them. The geology department here at Leicester had a two week exam spell where all 1-3rd year students took them. Least to say over that time it was rather… tense. However, our ‘SB room’ (common room) has still got the brown paper up to […]

Merry Christmas and Best Wishes for 2017!

My apologies for inactivity on the geology blog, Christmas seems to creep up behind you and suddenly before you know it, it’s already here. As always, the presents I have bought are still to be wrapped and the wrapping paper is still in its packet! I guess that’s due to exam prep for January and […]

Do you want to inspire others into loving your favourite subject? Do you enjoy working as part of a team? If so… Have you ever considered teaching as a career? I certainly have.   My goal began during our careers talk day during the spring semester of my first year here. Like everybody else, I […]

We all know what happened this morning. Facebook, Instagram, Twitter… it all lit up. Everybody knows that Trump has won the election in the US. To be honest, I wasn’t surprised. More over, I know very little about the parties in America and politics over there. So, without evidence I cannot say I agree or […]

Hi guys! Hope you’re all well! The nights are drawing in now and the clocks went black this weekend! (I forgot as per usual!) and consequently a long day at uni means you go in when its just getting light and when you leave its going dark (and its not even reached 4pm!) It can […]

The middle of first semester!

Whether you believe it or not we are actually getting close to being in the middle of the second semester, time at uni goes so ridiculously faster don’t you think!  When I think back, this time last year was quite a relaxed semester, with mineralogy being the hardest topic of the freshers year in geology. […]