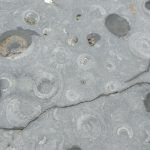 As a geologist you find that it’s almost impossible to escape geology, because we study Planet Earth which is all around us. This proved to be the case on my family holiday this year, which I spent on the Jurassic Coast. Although I was on holiday my geology student brain couldn’t switch off and I […]