No more exams – EVER!

Last week I sat my last ever exam as an undergraduate student. This gave me mixed feelings, whilst I’m relieved that I don’t have to go through the stress of sitting exams again, it means that I’m one step closer to finishing my degree and being released into the real world. The way my module […]

Cycling is a great way to get around in Leicester as a student. It’s cheaper than getting the bus and quicker than walking or being stuck in traffic (meaning you can stay in bed a bit later!), so it’s no wonder that it’s so popular with students. Cycling is also great for the environment and a […] 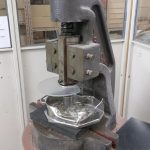 From an outsider’s perspective, it might look like geology students spend all their time running off around the world on field trips. However geologists also spend a lot of time inside working in labs. Over the couple of weeks I’ve been spending a lot of time in the lab doing work for my fourth year […] 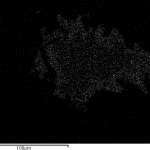