As I discussed here, my girlfriend is currently on the second half of her year abroad, this semester being in Murcia in the south of Spain, and I went to visit her again this weekend! (Thursday-Sunday).

The weather was MUCH better, so much so that I was shin-deep in the Mediterranean on Saturday, much to the jealousy of my friends! Spending the day on the beach, sun, sand and a pier only served to highlight the fact that Leicester is closer to outer-space than it is to a piece of sea… Still, the Uni Surf Club is very popular! 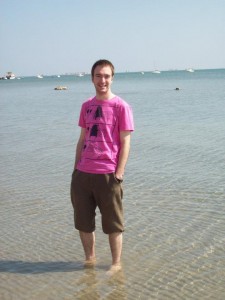 We also visited a Roman amphitheatre at Cartagena which has been built over and forgotten by the locals for centuries until 1990 when demolition of old houses unearthed it again, prompting a dig that lasted over a decade rediscovering and partially restoring it. It had over a 4000 person capacity! 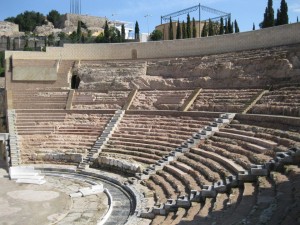 What have the Romans ever done for us?

The theme of this weeks blog appears to be lost/missing things now found or rediscovered once again (my girlfriend, the seaside, archaeology) and I was discussing with some friends at work today what it was about “normal life” that we miss at University. We often live in a student bubble, and its often odd seeing things from “normal life” when you go back home. My 2 suggestions for things I miss were a casual kick-about without having to join a sports team, and cats…

What are the things you miss most outside of student life?