Taken a leaf out of Harriet’s book this week with the song title/blog name. However, this may not be the most original but on searching for ‘bike’ or ‘bicycle’ in my itunes I mostly came up with Bombay Bicycle Club and either this song by Mark Ronson & The Business Intl or ‘Bicycle Race’ by Queen. All good songs, but actually none of them are on point… however, each day is full of little hits that knock you down and you have to work past them. So, as horrible and difficult as it may seem… I am going to move away from a song choice and talk about the point at hand- biking to university.

I would never say I am a strong biker… in fact I would be an avid supporter of stabilisers if it was socially acceptable for a 21 year old to be rocking them. However, I do find that biking to university offers a nice break from the mud of Victorian Park.

If you are a big bad bike rider you may wish to bike to university instead of spending money on a bus pass in your first year, but it is three miles and on a main road. However, if you are like me you may just get the bus and move onto bigger bikyer things in your second year.

I easily only live about 15 minutes away from university if I walk, but recently I have been enjoying biking to university as it is all bike paths around Victoria Park and offers a nice alternative. I also bike to Morrisons every week to get my food shopping, which is always a hilarious mission.

For anyone who has a bike, this week has been a nice week for us as the the university has just opened a new underground snazzy bike shed, which was part of all the work that has been going on in front of the library. Students and staff are encouraged to use this new facility that holds a ridiculously large amount of bikes as it encourages people to take the green and healthy option and bike to university.

Here is a picture of it, pretty empty with my bike feeling a bit alone. However, soon I think it will fill up as people start discovering it tucked up underneath the library. 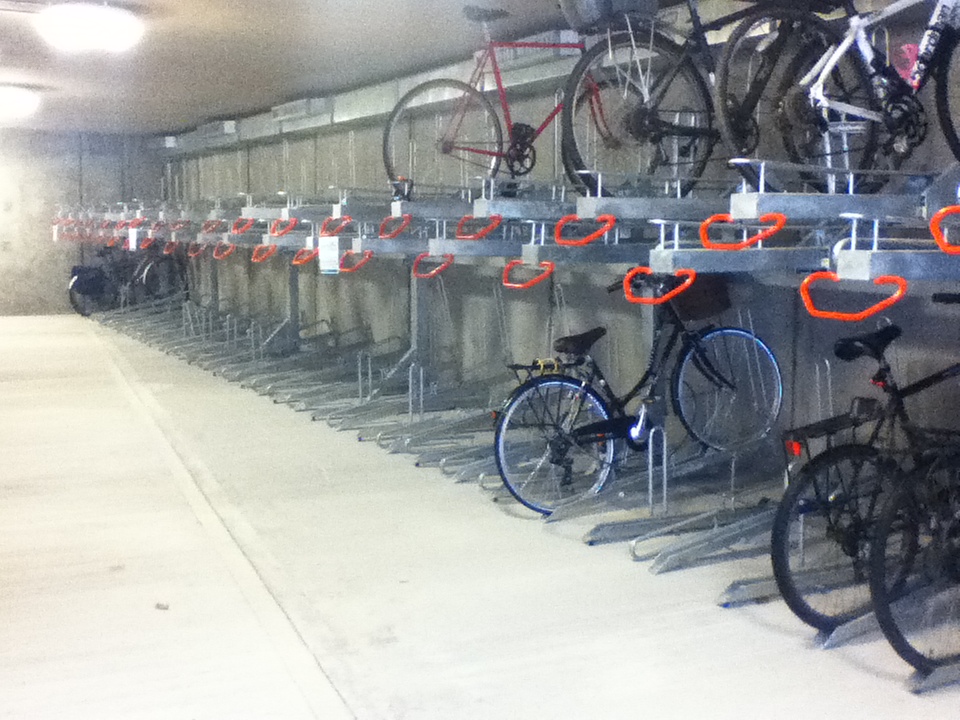