So, have you heard the news? Richard III was found in a car park in Leicester. 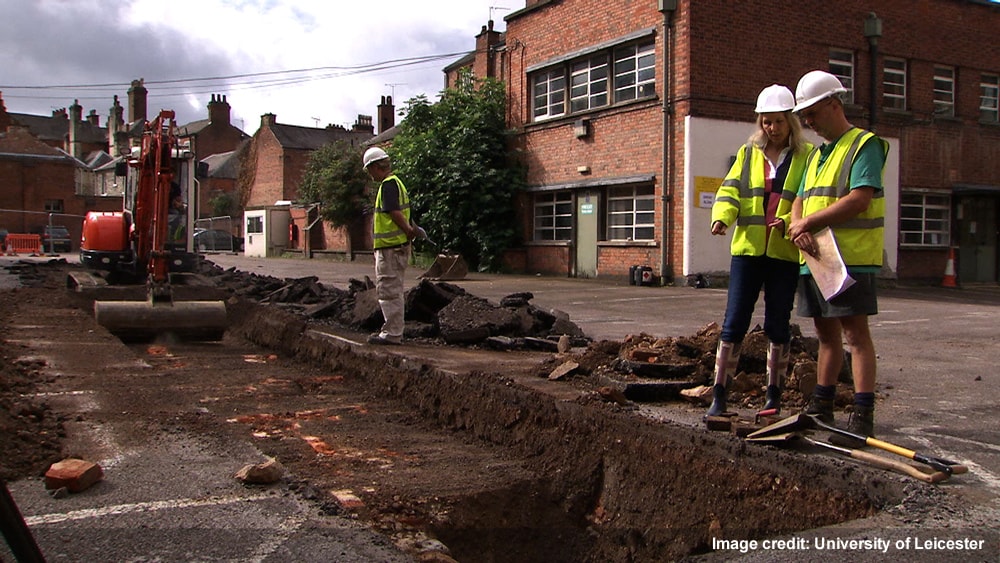 Picture of the car park in question.

Okay, I think by now we all know the story. It goes like these handy bullet points:

You can go into a bit more detail about the situation here or even watch stuff about it on youtube. Surprisingly it can tell you a lot more about Richard III, the dig and what these findings mean than I have here.

In all honesty Richard III is not really in my field  (or car park ahahaha) of study, but none the less the entire experience was really exciting as we saw Leicester and the University of Leicester take centre stage in the global media.

I, unfortunately, was not in Leicester at the time of the announcement, but instead was observing the developments via twitter while sitting on a train. I follow the University of Leicester, BBC Leicester and the BBC History Magazine on twitter and I kept getting lots of updates of what was being said, the tension and excitement in the room and finally the big announcement. Though I think in some ways we all knew it must be him as they wouldn’t make such a big fuss, my excitement when it was announced was ridiculous.

My university making the news headlines.

My experience of the Richard III experience is very much via twitter at first so I have decided to end this post on my favourite tweet of the press conference from the BBC History Magazine.