Yesterday was the joint Concert Band and Big Band concert.
It started off with the Concert Band who played a selection of pieces from films, a suite by Holst and the Dam-busters.
After a short interval it was Big Band’s turn. We played You’ve Got a Friend in Me from Toy Story 2, I’m in the Mood for Love (a trombone feature), Moondance, Green Onions, The Chicken and 3 vocal tunes: Summertime, Sway and Don’t Know Why.
A nice surprise for me was that my parents, cousin and grandparents came down for the concert to watch. It was lovely for me to see them after having not seen them properly for a couple of months! Unfortunately though they had to dash off after the concert, so my friends and I went to celebrate a successful concert at the pub!
Here are some pictures of Big Band from the night: 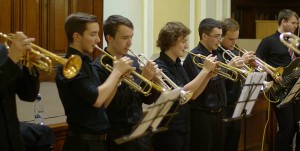 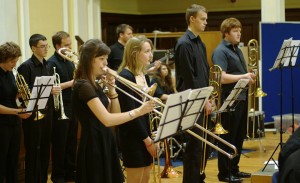 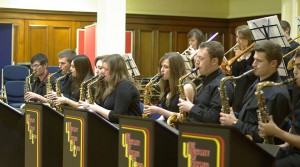 Claire has now graduated from the University of Leicester.