Final year is particularly stressful; the 10,000 word dissertation combined with the fact that the grades for this year constitute the highest weighting mean there is constant pressure to do well. So last week, I decided to take a well-deserved break from uni work to visit Leicester’s historic Guildhall. That way, I was procrastinating from my history degree with other forms of history… which doesn’t seem so bad.

The Guildhall, which once acted as the main town hall for the city, is located in town by St Martin’s Square (meaning I could also conveniently grab a mocha from St Martins Coffee Shop). 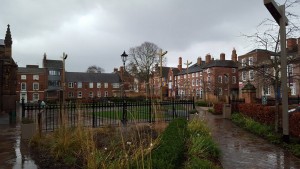 The Guildhall dates back to 1390 where it was the meeting place of the Guild of Corpus Christi; members of the group were businessmen and gentry with religious connections. The  Guild used the hall for banquets and festivals, but council meetings were also held there, and it was  further used as a courtroom and for theatrical performances during its time. 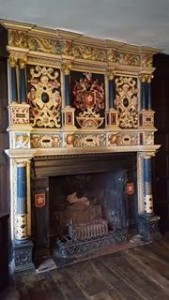 [Above: A fireplace in the meeting room] 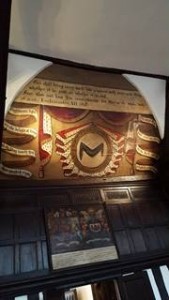 [Above: Religious artwork on the ceiling in the hall]

As shown in the pictures above, the architecture is still very much intact and I thought it was quite pretty!

In the present day, the Guildhall is used as a museum and a performance place. It was fun to be able to pop in for free and read all about the people who used to live in Leicester and how their lives differed to ours today. One interesting part of the museum were the police cells on the ground floor in the east wing (not pictured). Leicester’s first police force had its station in the Guildhall from 1836 so these remain here, along with a display of different devices used to display dead bodies and other gruesome things!

As well as learning a bit about Leicester’s past, we also had the chance to funnily try on some plague masks… 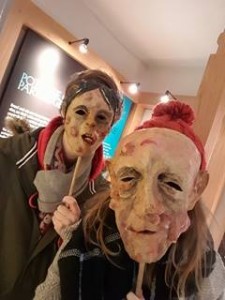 [Above: Looking our best in plague masks]

And that’s enough fun for now! Back to the dissertation it is.