Dan has now retired from our student blog site. I’m Dan, a first year, part time MRes student in the School of History. I work full time at the University as well which makes for quite a juggling act keeping it all going at once. Hopefully I can give you some insight into coping with this dual life.

D-Day and reflections on History

I’d contemplated writing this post to be released on the 6th of June to coincide with the commeroration of the D-Day landings but in the end I felt it might have been churlish to do so.  What is most interesting about this decision on my part is that it says a lot about the overall […]

Hard work counts but we all need a little luck too

I’m in the final stages of completing my literature review (basically an analysis and appraisal of everything written so far on the subject you’re planning on researching) and I’ve been reflecting on how I have got to this point. Firstly and most obviously is the grind of reading as much as you can.  The echoes […]

Diving into the world of conferences

One of the main differences for me between doing a research based degree rather than a purely taught degree is the need to actively participate in academia.  With that in mind I’m getting involved with a couple of upcoming University academic conferences.  It’s not a requirement to participate in the sense that you’re not assessed […]

I don’t know if it is a symptom of getting old or a symptom of being a student of history but in the last few weeks I’ve found myself being kept awake by current affairs.  The situation in the Ukraine, frankly, terrifies me;  I can’t see a positive outcome either politically or economically.  Russian actions […]

Literature Review: My world until the 9th of May

It’s a dichotomous existence being a part time student which I’ve only really just noticed.  Or at least it is for me.  Last semester I was in the thick of things at work and academically; with regularly scheduled classes to attend and my usually busy work week keeping to the two halves of my life in balance.  […]

It all comes at once; emails from staff telling me where to turn up and what to prepare, a psuedo-friendly email from finance reminding me I’ll need to stump up the remainder of my course fees and the nagging feeling there is something you should have done for class X.  Personally I’m getting to the […] 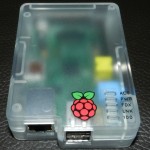 Here’s to a Technological New Year

I don’t know about you but one of my Father Christmas delivered presents got me rather philosophical.  Not in a “is everything driven by consumerism?” or “should we really have a national holiday based on a Christian appropriation of a pagan festival?” kind of way though.  The thing that sprung into my mind was about […] 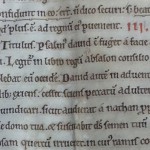 Special Collections in the University Library

I’m fascinated by very old things.  I guess that’s part of the reason why I’m studying history.  Last week I was very fortunate to be able to spend some time looking at what I think is the oldest book held by the University of Leicester, a sample of which you can see in the image […]

I’m starting to think my brain is lying to me.  I certainly don’t trust my own assessment of my abilities based on this week’s performance in a couple of tasks I was set.  Let me back up a bit first and explain. A key thing for the research I want to do is to be able […]

My grandfather was, amongst other things, a great raconteur.  He had the advantage of having lived an interesting life but his real skill was in the crafting and delivery of the stories he told.  I cannot say that I’ve inherited his gift but I always remember something he used to say about being funny: If you […]